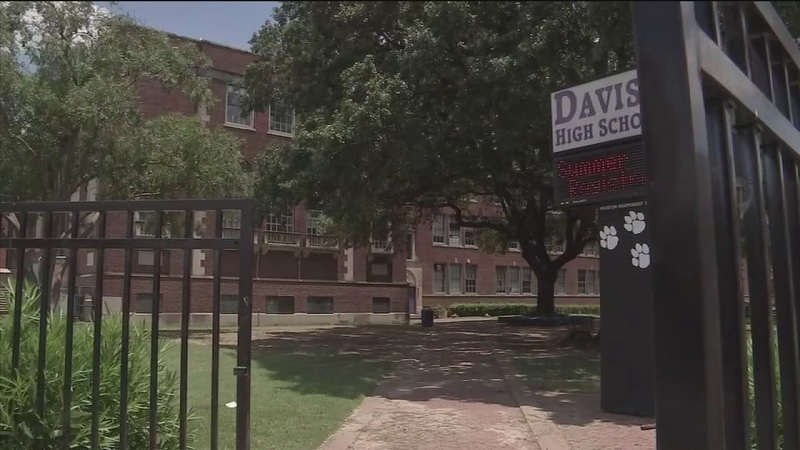 HOUSTON (KTRK) -- At a time when people are petitioning HISD to change the name of schools named after Confederate War heroes, Houston flag companies are running low on Confederate flags.

"The think they're not going to be able to get them anymore," said Joe Parish., the owner of Capitol Flag Company near the Museum District.

With Confederate flags being removed from buildings across the South, Parish says the demand for them has gone up. His phones have been ringing off the hook for two days with people inquiring whether he has any. The stock is dwindling.

"They're about gone. I'm looking to get more," Parish said.

Replenishing the supply will be tough. Most manufacturers have recently decided to discontinue making them.

Meantime, more than a century and a half after the Civil War, the question in HISD is being asked about schools named for Confederate War heroes. Do these names represent hate or heritage?

"They need to let this die because it's divisive to black people, brown people, and it represents that period in history which was a bloody period; and a lot of people say it wasn't about slavery but it was," said Linda Scurlock, who is collecting signatures to change the name of Dowling Middle School.

Others say the names represent an important part of Texas history and should be kept.

Last year, the district spent about $250,000 to change mascot names, like the then-named Lamar Redskins, that were deemed offensive to the Native American Community.

"I'm sure there will be some type of conversation because you have the communities who are actually leading the charge," said HISD Board Trustee Wanda Adams.