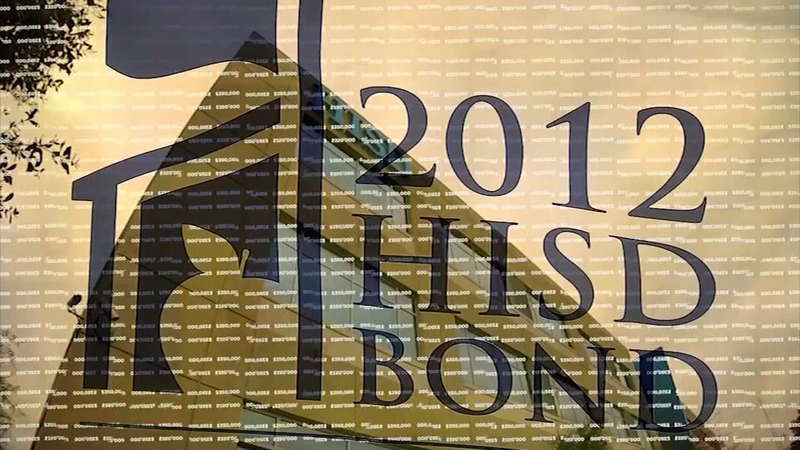 HOUSTON (KTRK) -- Key HISD board members, including trustee President Rhonda Skillern-Jones, said they want to see the results of an external audit into how the school district got into a $211 million budget hole before signing off on that extra money.

At the same time, it appears the Houston Independent School District administration wants to push through a vote to get the extra taxpayer dollars, even while the $348,000 outside audit is still being conducted.

"Halting projects could result in increased costs as inflation and construction costs continue to rise," the district said in an email Wednesday. "Without authorization, projects must be planned and designed to ensure costs are within the original budget."

The outside audit is scheduled to be wrapped up in early 2016.

The insistence of Superintendent Terry Grier and his team of bringing forward a vote next week sets up a showdown of sorts over $211 million in taxpayer dollars.

On November 12, HISD trustees voted unanimously to hire KPMG to audit the bond deal and to zero in on the reasons why the $1.9 billion bond program designed to rebuild or renovate 40 schools faced that $211 million shortfall.

Grier blamed "rising inflation and construction costs" when he told the public in September that the additional money was needed. An HISD internal audit released October 21, though, said that blaming inflation solely was a red herring.

At a November 18 HISD board workshop -- just six days after the trustees voted for the external audit -- HISD Chief Financial Officer Ken Huewitt told board members he intended to bring the proposal for $211 million to a vote at a December 10 HISD trustee meeting.

"What we plan on doing is in December to bring this item forward and let the board vote it up or down," Huewitt said. "Then we are going to move on accordingly."

HISD would make neither Grier, nor Huewitt, nor anyone from the administration available for an on-camera interview so Ted Oberg Investigates could ask why there was a need for a rushed vote. They would only answer questions submitted in writing.

You can see those questions and answers here.

But while the audit is ongoing, Skillern-Jones has been clear: There will be no new money to fill the hole until the audit comes back, a stance that's echoed by fellow board member Wanda Adams.

"Definitely," Adams said. "I was in favor of the audit and we need to get all our questions answered before we move forward on anything. We need to make sure everything is lining up. It's key to build up community trust."

A Yates parent who has been following the process closely also said the audit needed to be completed before additional money is voted on.

Gerry Monroe, in addition to having three children in the Third Ward school, is a frequent HISD critic.

"You should not spend another dime until this audit is done," said Monroe, who believes officials have mismanaged the bond spending and that HISD is dragging its feet on building promised schools, like a new Yates High. "My question is why do some of those people at 4400 West 18th Street (HISD headquarters) still have a job at this point. Why is there no accountability?"

This question is the biggest mystery since where they hid Jimmy Hoffa," he said. "How can Bob McNair build Reliant Stadium faster than we can build a school? And he dealt with inflationary costs."

And while HISD is fighting for a quick vote on the $211 million, officials have announced a series of cuts to various schools, which they described as "project scope adjustments."

The "adjustments" were made over the last several months as bond teams worked to bring increasing school construction budgets closer to what was originally planned. The district has described that process as "value engineering."

See the full list of schools and cuts here.