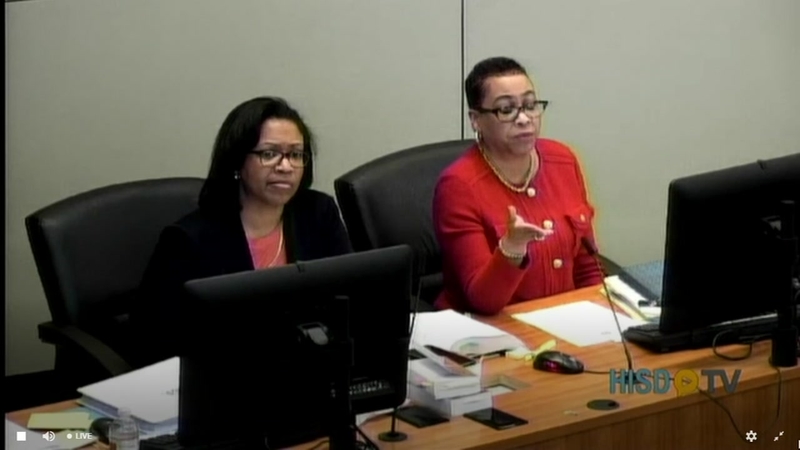 HISD holds first board meeting since explosive meeting in October

HOUSTON, Texas (KTRK) -- The Houston ISD Board of Trustees is meeting for the first time since their interim superintendent Grenita Lathan was ousted and later reinstated.

The mood and atmosphere on Thursday were much calmer than the explosive board meeting in October.

Shouts and alleged racism calls were made in October after the board took a vote to remove Lathan.

In a five to four vote, the board decided to hire Abe Saavedra as interim superintendent, but that didn't last long.

Days after the board's decision, Lathan was offered her job as interim superintendent back.

One item that did get a lot of attention during Thursday's meeting was the upcoming Texas legislative session.

The HISD board agreed to send a list of items it wants lawmakers to address.

The topic that received the most attention was school safety.

Texas lawmakers will reconvene in January.