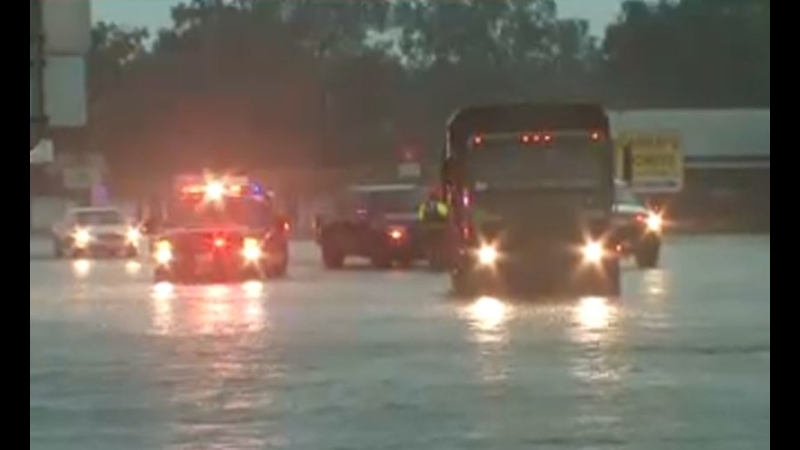 As many as 1,000 people have been rescued on the east side of Houston according to Harris County judge Lina Hidalgo.

Coast Guard crews from Baton Rouge and Houston responded to reports of flooding in Beaumont according to a statement.

Coast Guard members are currently staged in the emergency operations centers in Jefferson County, Harris County and the City of Houston.

Houston Fire Department crews were responding to a number of rescues as well.

In Winnie, a fleet of high profile vehicles was seen traveling through high water along Highway 124 as the levels continued to rise in the area.

Texas Task Force 1, the College Station-based urban search and rescue team, was also on the ground in Winnie.

It's not yet clear how many structures have taken on water, but the need for rescues appears to have been widespread in Chambers and Jefferson counties.

In the Jefferson County seat of Beaumont, CNN reported that a levee near the city was deteriorating and could break at any moment. A neighborhood near the levee was being evacuated.

Flooding continued to be a bigger issue in Harris County by midday and more rain fell over the city, impacting the north and east sections the hardest.