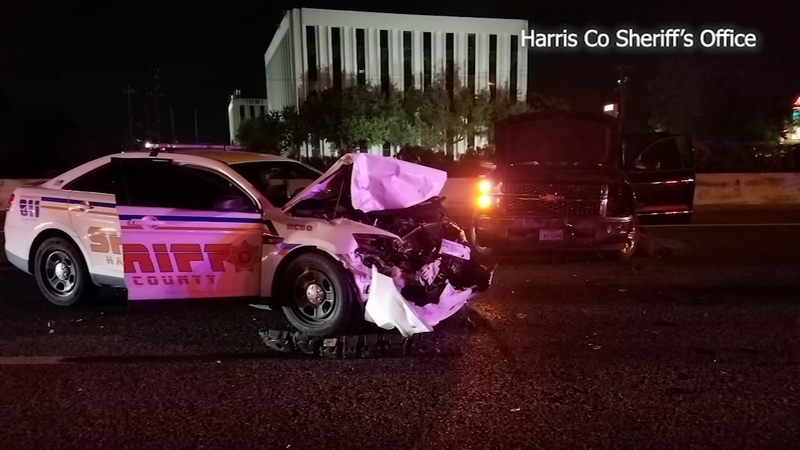 HOUSTON, Texas (KTRK) -- Police say three speeding suspects are in custody after slamming into at least eight cars in a chase that hit every major freeway in Houston and reached speeds up to 115 mph.

A Houston police officer was involved in one of those crashes at I-10 East eastbound near Holland Avenue/John Ralston Drive, but only had minor injuries.

Officers said a mother and her three children were transported to the hospital after one of those crashes Thursday night.

Authorities confirmed Friday morning that the injuries the woman and her children sustained are non-life-threatening.

Three suspects in a vehicle took off, according to deputies, leading them on a chase that lasted for nearly two hours.

Throughout the chase, investigators believe the suspects were throwing money from the windows of their getaway vehicle.

Before 9:30 p.m., the three suspects crashed their vehicle on the East Freeway. The suspects took off on foot, but were caught a short time later.