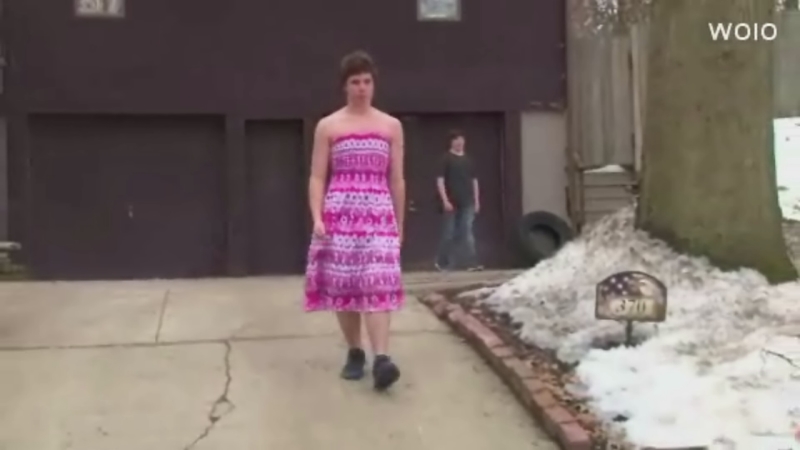 GREEN, OH (KTRK) -- A cross-dressing protest is taking place at a high school in Ohio after a male student was reprimanded for wearing a dress to class, according to 19 Action News.

"It was mainly to support gay rights and how people should be able to express how they feel and not be afraid of it, just because someone makes fun of you every once in a while," Carr said.

Carr was warned to change twice because the dress was below the shoulders and violated the school's dress code, even if a female student had worn it. A third warning would have meant a suspension.

"What Keegan did I don't think was wrong and the school made it look like it was wrong," said Kalli Akers, who also cross-dressed on Friday.

School district officials say they are not against students supporting gay rights they just don't want kids disrupting the classroom.

19 Action News Reporter Scott Taylor asked Carr, "I know this started off as partly a joke, but it grew into something bigger and means much more to you."

"Yea it does, because as I said, most of my friends are bi or gay," Carr replied.

The district didn't issue any warnings after 10 students cross-dressed on Friday, including Carr, who wore a dress above the shoulders this time.

Carr's dad says he doesn't mind if his son wears a dress to school, he just has to follow the rules.