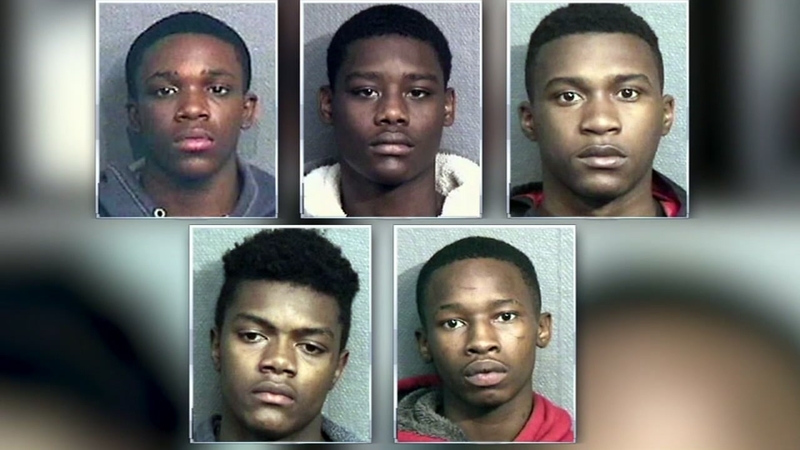 HISD could not confirm how many of the five suspects attend classes at Westside High School, but did acknowledge at least one was not enrolled at the campus.

They allegedly targeted residents at apartment complexes on Houston's west side, seeking money, cars or both.

Investigators said the suspects threatened to shoot their victims if they didn't comply with their demands.

"In each one, they were brandishing their weapon, making very violent threats, threatening to shoot people to get their compliance, except in one case, where the complainant, I think just out of sheer instinct, just violently responded back, knocking the weapon back," said Detective Sergeant Tony Mora, of the HPD Robbery Division.

The victim was okay but the robberies left everyone terrified, especially over such senseless crimes.

"Very brazen, that's one case where I think the suspects, being so young, they have a disconnect from reality. They come from decent homes. They go to a decent school. None of them are of ill means," said Sgt. Mora.

Police were able to catch the five immediately. After the second robbery, officers saturated the area.

The five suspects were taken into custody after they were found in a stolen Honda, Mora said.

Officers believe there is possibly a sixth suspect. He's described as being a black man, between 16 and 18 years old, with a medium build and short hair. If you have any information, call the Houston Police Department's Robbery Division or Crime Stoppers at 713-222-TIPS.

You can make an anonymous tip online at www.Crime-Stoppers.org.