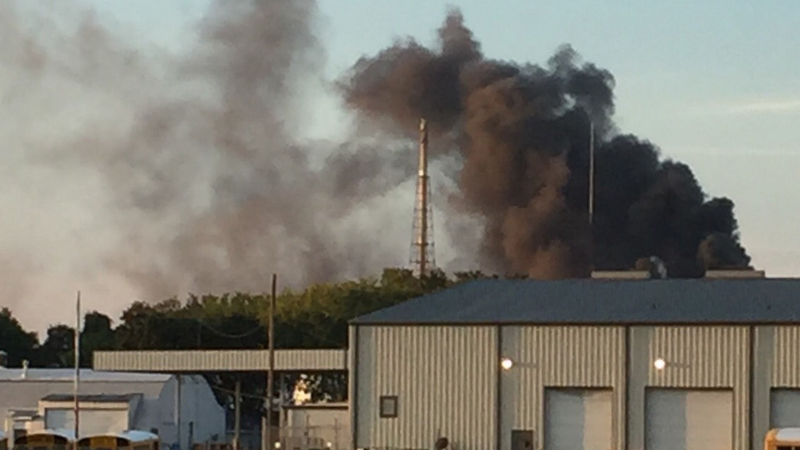 DEER PARK, TX -- Shell officials say they helped extinguish a fire that erupted at a plant near its Deer Park Chemical Plant.

A piece of equipment caught fire at 6:35pm inside one of the resin units at Hexion, a third party operator that makes plastic. But Shell's emergency response team responded to the fire because the oil giant is locked into a mutual aid agreement with Hexion.

No one was injured and there was no chemical release as a result of the fire.

"Shell would like to thank our outstanding emergency response personnel for their quick and comprehensive response to this issue. The top priority of Shell Deer Park is to operate in a safe and environmentally sound manner," the company said in a statement.

Officials say there was no risk to the community at any point. The fire was tapped out and the cleaning process is underway.

Late Tuesday, Hexion issued a statement, which read in part:

"In accordance with our company policy, we will conduct a detailed investigation of this incident to identify the causes and any necessary measures to prevent such an occurrence in the future."