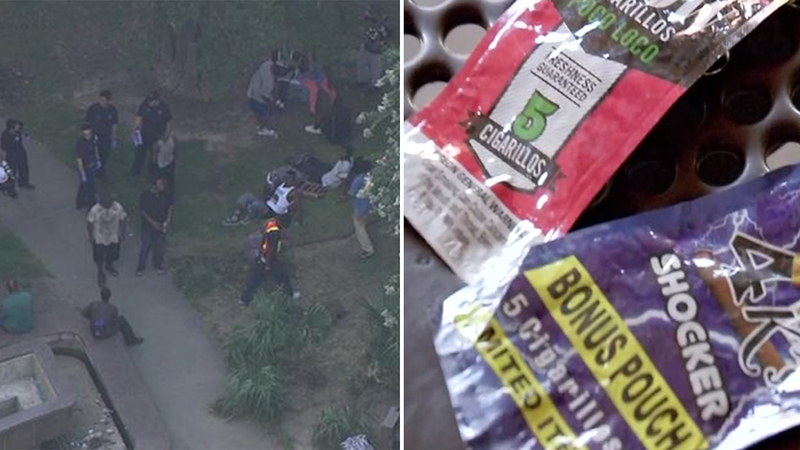 16 people in hospital after using kush

HOUSTON (KTRK) -- More than a dozen people at Hermann Park were transported to multiple hospitals after they possibly overdosed on synthetic marijuana, officials said.

A Houston Fire Department spokesman says medical personnel still don't know if it's all Kush related, but it appears to be based on all the empty packages nearby.

Chasity Harris lives nearby the park.

"When they smoke this stuff, they don't even know what they're doing," Harris said. "They're out of their mind."

Danny Anderson says Hermann Park is not the place for synthetic drugs.

"I feel for them, you know they don't have anywhere to go but this ain't the place for it," he said.

Officials don't know if it's just a coincidence or if there was some sort of party.

16 people were rushed to hospitals today due to Kush. HFD says it's Houston's most popular drug right now. #abc13 pic.twitter.com/WMlpaIkbXU