Who is Heidi Cruz? Presidential hopeful wife's speaks to abc13 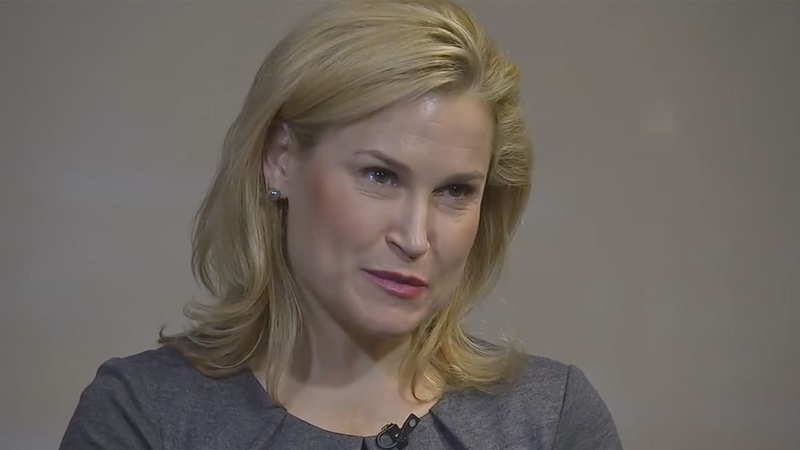 HOUSTON (KTRK) -- Heidi Cruz, wife of Texas' junior Sen. Ted Cruz, is not new to politics or a presidential campaign.

She is a finance executive with a Harvard MBA. She met her husband while on the policy staff of George W. Bush's 2000 White House run. She has never, however, seen it as a presidential candidate's wife. She took a leave of absence from her job at Goldman Sachs in Houston to work on the campaign.

"The first couple of months I spent a lot of time hitting the phones," she said in her first-ever television one-on-one interview during a campaign swing through Missouri. "I was raising money and making calls for endorsements and we've been able to secure a really good business model for this campaign."

We first met her on the campaign trail, before there was a campaign. They were in South Carolina together in the fall of 2014, some six months before Senator Cruz announced his run. They met with influential Republicans there. It was the first in a string of visits to key early states for Mrs. Cruz. She is with her husband at debates and by his side whenever possible.

"It's really been a joy to get out to the states and meet with thousands and thousands of people who share our values and who are turning out to hear the message of Ted Cruz," she said. "This election will come down to trust. And when you have the opportunity to look someone in the eye and shake their hand and give them a hug and speak to them and articulate how our values are shared, it's a huge opportunity to build relationships to build the grass roots army that we need to win this election."

She is quick to point out she is NOT the candidate. She is a wife and mother of two young girls who cares deeply about her country's future.

"I was once asked if I was a traditional mother or how I would characterize myself," she recalled. "I said absolutely. I am the emotional center of our home both for my husband and our children. And that is my most important role."

It is that role, she says, which led her to want her husband to run for president, even though he only successfully won a senate seat three short years ago. She is confident he can win both the nomination and the general election.

"I think he can win because I think this country shares his values," she said. "I think he shares the values of this country."
Related topics:
politicshoustonted cruzpresidential race
Copyright © 2022 KTRK-TV. All Rights Reserved.
TOP STORIES
Texas man said it was 'time to kill' election worker, records say
Laundrie claimed responsibility for Petito's death in notebook: FBI
Bundle up! Clear and cold night ahead
Bodies of 2 men found in apparent murder-suicide, HPD says
2 shot, 1 hit in head during home invasion on Houston's East End
Driver plows into hydrant, leading to NW Houston main break
Is is too late for the Ike Dike to be built?
Show More
Missing woman's cold case solved after car pulled from Brazos River
US confirmed 1st COVID case 2 years ago today
Police looking for 28-year-old in connection with teen's abduction
High school student attacked in his family's driveway in Richmond
Louie Anderson, Emmy-winning comedian, dies at 68
More TOP STORIES News