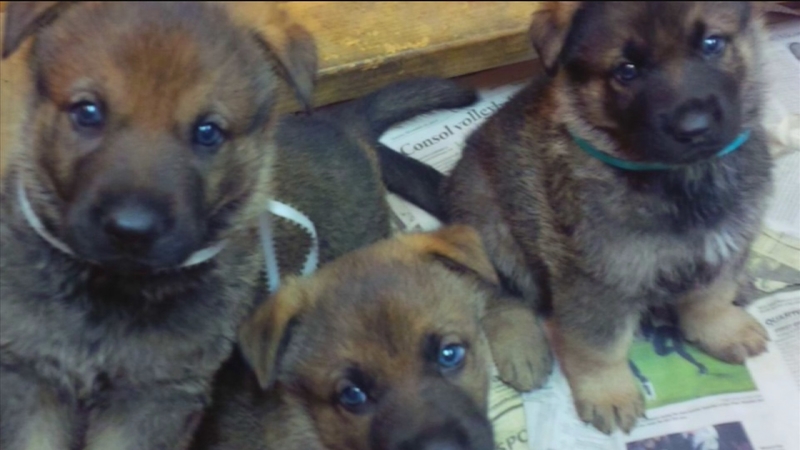 HEDWIG VILLAGE, TX (KTRK) -- In an Eyewitness News exclusive, we have a scary incident to report in Hedwig Village. A woman came home and surprised a man stealing from her home.

Among the items taken - an entire litter of puppies.

Amy Hinnant says she was coming home when she noticed her garage door open with an unfamiliar car parked inside and a stranger packing her possessions into his car.

He stole electronics and jewelry, but the most upsetting disappearance was that of her three German Shepherd puppies.

She says she called police, but then the robber noticed her.

She tried to block him with her car in the driveway, but he was able to weave his car around and speed off.

Hinnant says you can easily replace material things, but the loss of a pet is devastating.

"Just a sense of loss because they had taken a baby," she said. "But it was three babies. We love our dogs and they're 5-week-old puppies that haven't been weaned yet."

The Hinnants are German Shepherd breeders and they say the puppies were not ready to be separated from their mother.

The family is heartbroken. If you have any information in this case, call Hedwig Village police.