Texas ranks low in testing availability among other states

KTRK
By Ted Oberg
HOUSTON, Texas (KTRK) -- As Texas Gov. Greg Abbott announced a plan Friday to start reopening businesses, he said expansions in testing factored into making that decision. But, even as the federal government calls dramatic increases in the availability of testing a high priority, Texas is ending another week toward the bottom of the list when it comes to the number of COVID-19 tests per capita.

On Friday, Vice President Mike Pence said during an interview with "PBS NewsHour," that there is unused diagnostic testing capacity in the U.S.

"As we've communicated to governors around the country and will continue to reiterate, there's actually a significant amount of unused testing capacity," Pence said. "We actually believe that we could double the amount of testing that's taking place every day, if we simply brought online all of the testing capabilities and all the labs, and that'll continue to be our focus, even as the president is continuing to drive our team forward on identifying new forms of testing."

As of Friday, there have been more than 3.78 million tests in the U.S. Texas makes up less than five percent of the nation's tests, with 169,536 people tested for COVID-19 in Texas as of Friday.

Statewide, 95 percent of tests are done by private labs, according to state data.

Texas is administering about 5,468 tests per 1 million residents, according to a 13 Investigates analysis of data from the COVID Tracking Project. It's conducting the second fewest tests per capita when ranked against all 50 states and the District of Columbia.

New York, which remains at the top of the list, is conducting 28,302 tests per 1 million residents. 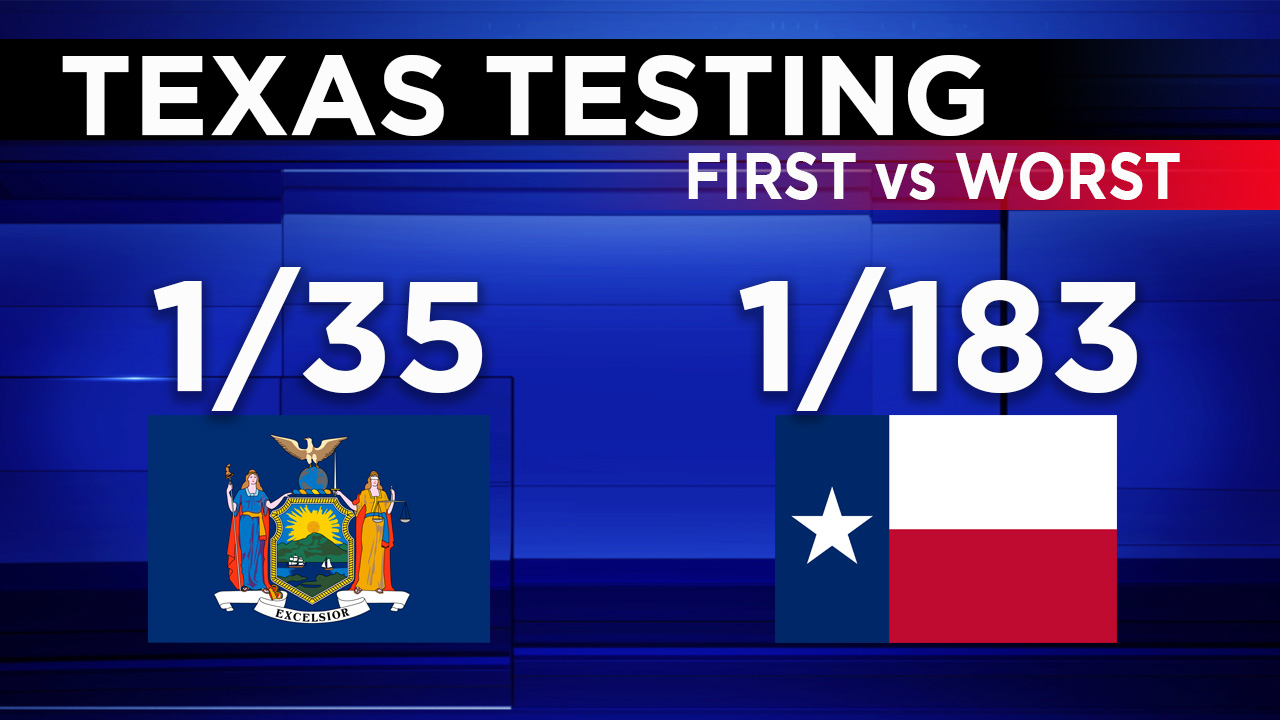 Abbot said Texas would receive a "dramatic increase" in testing for all, but wouldn't provide specific details for how many tests the state would be getting. The only timeline he gave was that there would be increased testing capacity later this month or in early May.

"There is a possibility of a resurgence of COVID-19," Abbott said Friday. "That's one of the reasons why we will utilize enhanced testing strategies, enhanced containment strategies, to make sure that when it does arise" we'll be ready.

For weeks, Abbott has said Texas would increase testing every day by 10 percent, but that hasn't been happening. 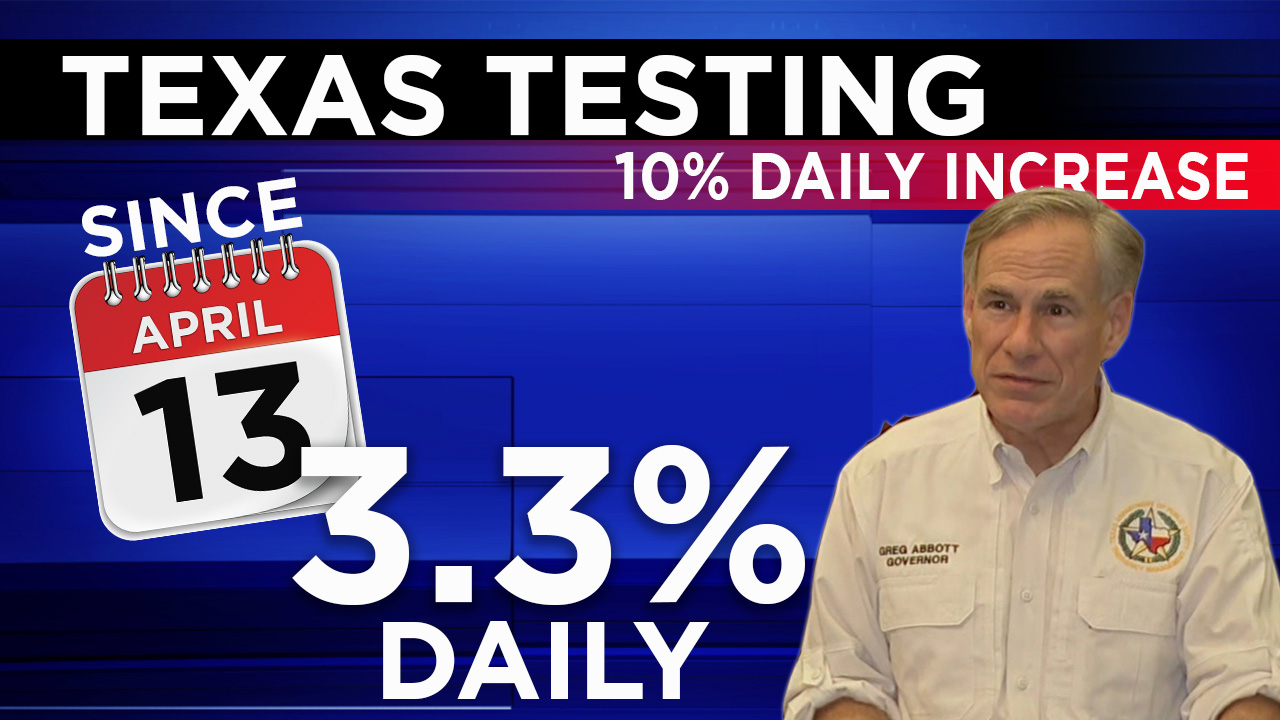 "We continue to have an excess testing capacity of 1 million tests per week available for use and our capabilities are growing every single day, especially with the new tests that are coming onto the market rapidly," he said.

Still, Texas isn't seeing that boost in testing and isn't doing enough to make up ground.

"It's not a couple thousands tests a day, it's tens of thousands of tests a day," said U.S. Rep. Lizzie Fletcher, D-Houston. "I was just on a call this afternoon with the White House where some of my colleagues asked that question and I don't think there is an answer yet, but I think that is the most pressing question."