Skip the doctor's office thanks to new technology

SPRINGFIELD, Missouri -- "I said 'that is awesome'!"

That's the way Beverly Barnhart reacted to finding out about a tiny sensor, no bigger than a penny, which was implanted into her pulmonary artery during a simple outpatient surgery, according to KYTV. http://www.ky3.com/

Each day she lays on a special pillow that transmits her artery pressure through a modem to her doctor.

If the doctor sees any signs of fluid in her lungs that can lead to congestive heart failure, he will contact her about changing her medications.

"It gives me some confidence knowing that there's someone there who's watching me all the time," Barnahart said.

She is one of only 13 patients that Mercy Hospital in Springfield, Missouri has outfitted with the device, so far. But that number will grow as technology helps detect problems even before the symptoms appear.

"We went from having to monitor for the weight change which is usually only a day or two before the patient ends up in the hopsital. So we had a very narrow window to intervene," said cardiologist Dr. Gerard Oghlakian. "Now these numbers get worse weeks, sometimes, definitely days before the patient feels the difference or ends up in the emergency room. So it gives us a larger window to intervene."

It is estimated that 5.7 million Americans have heart failure, and more people die from cardiovascular disease than cancer in Missouri each year.

But this sensor is just the latest example of the way research money like donations made to the American Heart Association can help save lives.

"Every day something is changing, and we're so excited.There's things that are released every day. There's research that's funded that comes to fruition that's actually out there that are affecting patients' lives. And we're thrilled with people being able to have these options that they didn't even have two years ago," said Peggy Scott with the American Heart Association.

A proud member of the Red Hat Society, Barnhart has seen her quality of life improve, having lost over 30 lbs. from the fluid drained off her swollen legs and feet.

Thanks to a smart pillow and a tiny sensor that has moved us one step closer to self-care.
Report a correction or typo
Related topics:
health & fitnessmissourimedicaldoctorsheart diseaseheart health
More Videos
From CNN Newsource affiliates
TOP STORIES 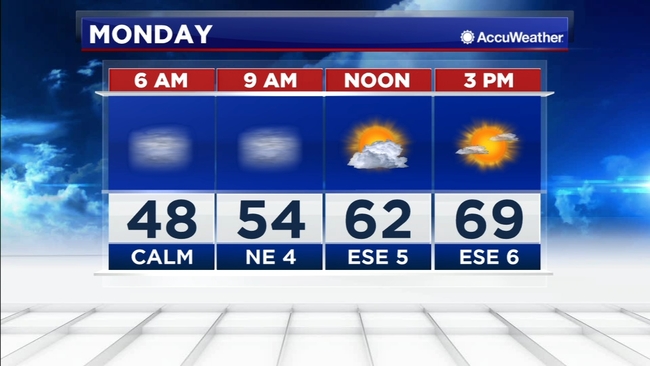