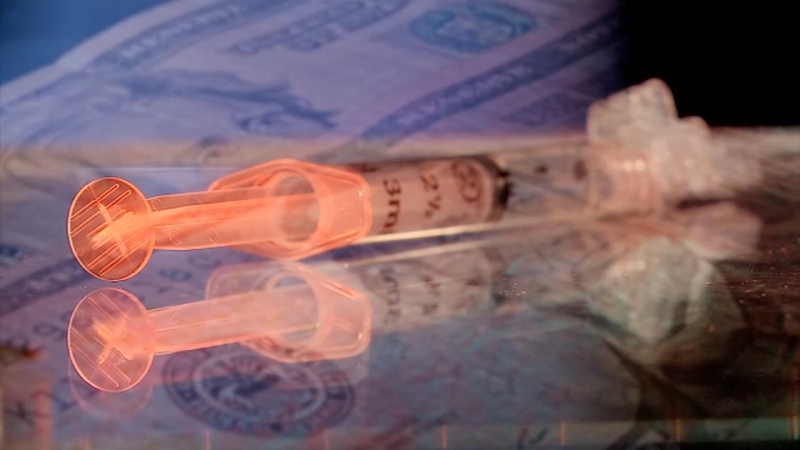 UPDATE: After our story aired Thursday night, 13 Investigates heard from more residents who said they were charged $25 for the COVID-19 vaccine at Centra Clinic earlier this year. Centra's explanation is below. In a letter to the state on Feb. 22, the clinic said it had stopped charging an out-of-pocket fee.

We've also heard from residents who said they were charged for the vaccine at other facilities. We're currently investigating those complaints and will keep you updated. If you were charged upfront for the vaccine, fill out the form at the bottom of this story.

"I tried every place that was offering," Thomas, 67, told 13 Investigates' Ted Oberg.

She said her daughter finally found Centra Clinic on Dairy Ashford in west Houston, which offered the vaccine on a first-come, first-serve basis.

Thomas said she left home around 6:45 a.m. on Jan. 21 to get an early spot in line. After three hours of waiting, Thomas said she got to the front of the line and noticed the clinic charging people $25. She said the clinic also was only accepting cash and told her she would have to pay again for the second dose.

"I thought it was a little strange that you had to have cash, but I was so desperate to get the vaccine, I did not question it," Thomas said.

Ann Park said she was in the line that day, too.

"They said they wouldn't take a credit card. They would only take cash," Park said. "In hindsight (being charged for the vaccine) seems very weird."

The COVID-19 vaccine is supposed to be free for everyone with "no out-of-pocket cost" for patients, the Texas Department of State Health Services says. Although providers can charge an administrative fee, the state said the fee cannot be charged to a patient, but should go through the patient's insurance provider or through a federal reimbursement program if the patient is uninsured.

In a phone call with 13 Investigates, the clinic didn't deny it had charged customers $25.

The clinic's assistant medical director told Oberg they were confused about the rules early on and that the clinic was waiting for guidance from the state.

She said the reason they collected cash was because they couldn't swipe a credit card for everyone in line that day.

Thomas said there were so many people waiting at the clinic the morning she arrived to get the vaccine that the line wrapped around the building and doubled back on itself.

The clinic shouldn't have charged any of those people in line for the vaccine. For every person the clinic charged $25, that was $8.06 more than Medicare would have reimbursed.

But the state health department said the rules were clearly in Centra Clinic's provider agreement to receive the vaccine.

13 Investigates asked the state health department on Feb. 11 about their concerns regarding being charged for the vaccine.

"I sincerely hope that these complaints are unfounded but if they are not, your facility's future allocations of COVID-19 vaccine will be impacted," Hellerstedt said in a Feb. 16 letter to the clinic. "If the received complaints do not accurately reflect your facility's practice, please let us know. If they do, please advise as to how your facility will immediately amend your processes."

Six days later, Centra Clinic's Dr. Yaa Amoah Honny responded and told the state "there was an internal administrative miscommunication initially that has subsequently been clarified and amended," according to a letter on Feb. 22. "Our current practice has accurately reflects (sic) the requirements as stated in the COVID-19 vaccine provider agreement."

The clinic declined our request for an on-camera interview.

Texas DSHS said residents who were charged for the vaccine should ask for a refund since they should not have been charged, or file a complaint with the Texas Medical Board.

13 Investigates asked Centra Clinic if refunds were on the way. The assistant medical director said they're still waiting for more information from the state.

Thomas said when she couldn't get through to Centra Clinic to get her second dose within the 28-day timeframe, she went to a pharmacy that took her insurance and did not charge her a fee.

Park said she did schedule her second vaccine with Centra Clinic on Feb. 25, and that when she received it, there was no fee.

She learned a few things from the process that she hopes will help others. She said it's important to ask the provider giving you the first dose how and when you'll be able to schedule your second dose.

"If they ask you to pay something, walk away, go somewhere else, because that's not appropriate," Park said.

The state says patients should never be asked or required to pay an out-of-pocket fee for the COVID-19 vaccine. If you were asked to pay any amount when you received the vaccine, fill out the form below and let us know when and where.

Have a tip for Ted Oberg? A problem to solve? Get in touch with us on our tip page, or send a tip below. (On mobile? You can open our form by tapping here.)
Related topics:
health & fitnesshoustonvaccineshealthted oberg investigateshoustonmedicalcoronaviruscoronavirus texascovid 19 vaccinecovid 19 pandemicviruscovid 19
Copyright © 2021 KTRK-TV. All Rights Reserved.
TED OBERG INVESTIGATES