Mother claims she was evicted because of disabled daughter 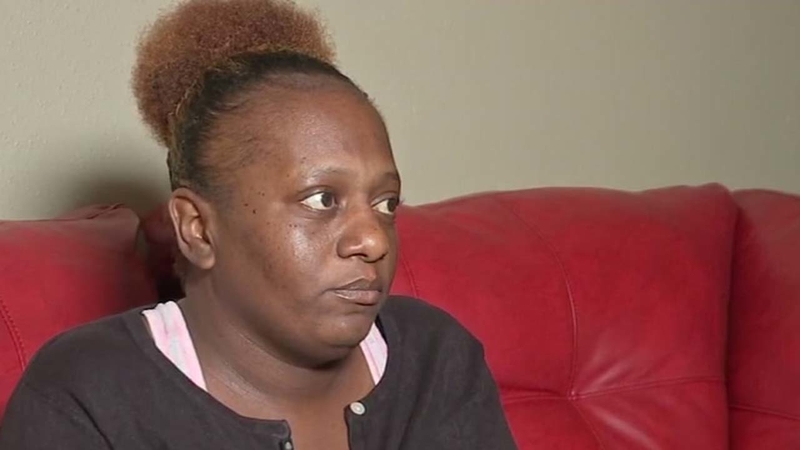 HOUSTON (KTRK) -- Catherine Austin had always dreamed of moving with her children into their own apartment, after spending years living with her sister.

She realized her dream this year, but it was a brief one. She was told to leave from the first complex where she rented. She has a 25-year-old daughter with cerebral palsy, who requires nursing care. Too many visitors she said was the reason she was given for being asked to find another place.

This month, she and her children moved to a complex on West Gulf Bank Road. She was shown the two-bedroom unit by a maintenance man, who she said gave her an application. When she said she wanted the apartment, she said she gave him a month's rent plus a deposit, which was more than $1,000.

"I got a key and we moved in on October 8," she said. Last week, she was told her money would be returned and she would have to leave. "I think it's because of my daughter," she said.

The property manager said the lease was never signed, and he never received any money from her. The maintenance man returned the deposit and first months rent to Austin, but she's now looking for another place to live. "It's sad because I have my daughter, and I have her stuff and my stuff, and nowhere else to go," she said.

The maintenance manager who returned her money this week told us, "she came here looking and she can go somewhere else. What's the difference?"

The difference is Jasmine, who communicates in sounds and expressions. Though technically an adult, she is confined to a kind of stroller, unable to sit upright. She does understand that her mother is anxious. "She knows when I'm crying," said Austin.

Austin didn't meet income guidelines, according to the property manager. "She had no authority to move in without a signed lease," said Peter Adetuhji. "I told them we don't have anything where the wheelchair can pass through. We don't want any trouble or lawsuit when someone gets hurt from the wheelchair."

ABC13 legal expert questions whether that could violate the Americans with Disability Act. The mayor's office on disability is also looking at Austin's complaint. The Houston Apartment Association said it's a reminder that signed leases protect renters as well as landlords, so it's critical to have one.

Catherine Austin just wants to move on, from a place she feels doesn't want her or her children. The question is how soon she can find a place that will accept the family.