Fighting for reunion with parents

HOUSTON (KTRK) -- "It's the only thing I want," said 18-year-old Qirat Chapra from her hospital room. "Other people have different wishes. I want my parents. I want them here. I just want to see them."

From her hospital bed at Memorial Hermann, Qirat remembers better times; times spent with her parents and two younger brothers.

"When I see other parents hugging their kids, I just feel like, 'Why not my parents?'" she asked.

Qirat suffers from an auto-immune disease that has ravaged her body since she was born, and now doctors say she may only have months to live.

She was born here, so she's an American citizen, but her parents aren't.

I reached Qirat's father in Pakistan.

"Imagine how important it is for a father and a mother to meet with their child," he told us, through a translator. "We have tried every possible way to get a visa. We found no way, so we turned to you."

An online petition to the White House has gotten about 8,000 signatures so far.

On Thursday, we reached out to Qirat's congressman, John Culberson, and Senator John Cornyn to see what they can do.

Both elected officials have reached out to Qirat's family, and say they'll see if they can help expedite emergency visas.

But, in the meantime, Qirat lies in bed, getting sicker and sicker.

"Just please try to get my voice out there," she said.
Related topics:
health & fitnesshoustoncancer
Copyright © 2021 KTRK-TV. All Rights Reserved.
RELATED 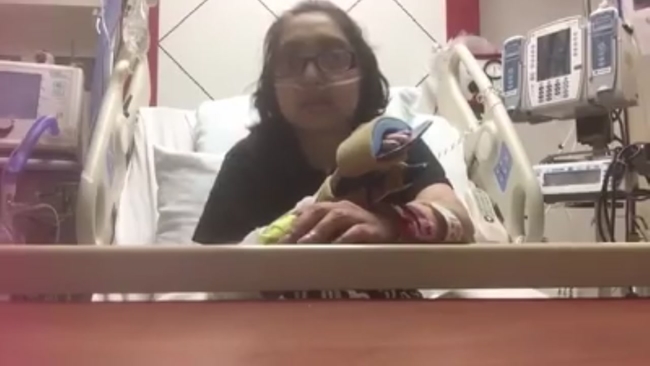