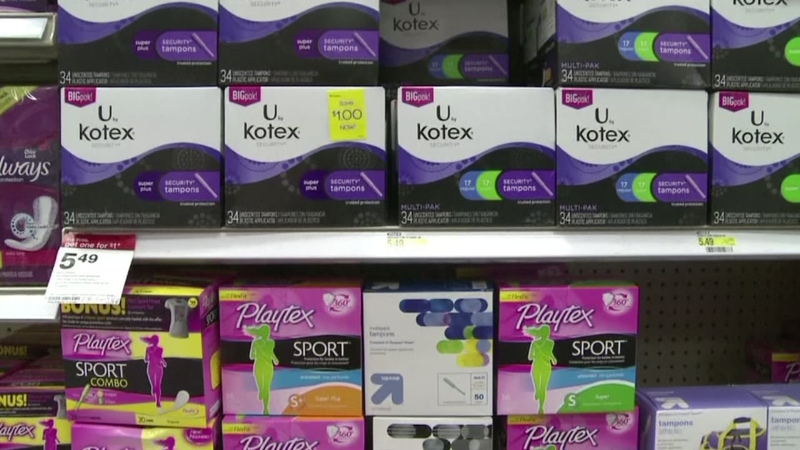 Rep. Melissa Sargent of Madison introduced a bill on Friday that calls for offering free tampons and sanitary napkins in publicly funded schools -- including voucher schools -- and state buildings.

She says she doesn't know how much the bill would cost yet. But she says tampons and sanitary napkins are as much a basic necessity as soap and toilet paper. She says more and more women are working and going to school and they shouldn't be caught off-guard.

"Just like toilet paper and soap and paper towels are in every bathroom, I very much believe that feminine hygiene products should also be available. After all it is a basic necessity for half of the world's population," Sargent told ABC affiliate WAOW-TV. "It's for the situation when you're caught off guard, and you need something that's available."

The idea has support from school nurses who say teens often come to school unprepared and have to ask teachers or office staff for supplies.

They have to come to our health office and ask for them, so sometimes they're a little bit uncomfortable or embarrassed," explained Valerie Federwitz. "If they had the products available to them in the restrooms and they didn't have to go through the step of coming to the health office and asking, it would return students to the classroom much quicker which would turn around less time away from the classroom."

The bill faces an uphill battle. Sargent believes the bill deserves bi-partisan support, but she says many of her male counterparts are already shooting down the idea.

"Women tend to be supportive, and men who never have been put in the situation obviously biologically of having to need a feminine hygiene product don't understand what that shock, embarrassment, what that feeling is like," Sargent told WAOW-TV.