How 20 million more mosquitoes should be a good thing 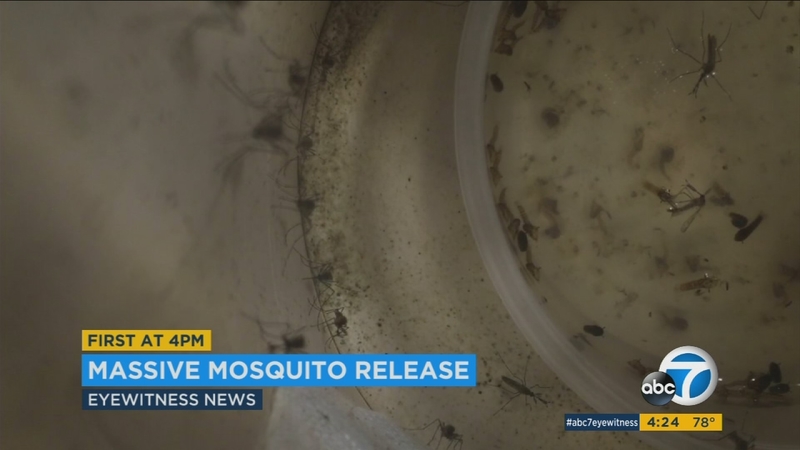 20 million mosquitoes will be released in Fresno

FRESNO, California -- Twenty million mosquitoes are set to be released into the air in and around Fresno.

This may not sound like a great idea, but the goal is to reduce the mosquito population and the threat of West Nile Virus and Zika, which the insects carry.

The mosquitoes being released are sterile males. They will mate with females who will then produce eggs, but the eggs won't hatch.

Officials say it won't be a problem for people because only females bite.

One million sterile males will be released each week for the next 20 weeks.