KTRK
HOUSTON, Texas (KTRK) -- A Houston-area couple stuck on a cruise ship for 21 days will finally get to return home.

After days of seeking a U.S. port, The Coral Princess arrived in Miami, after the city's mayor deemed it a medical necessity.

Kathy Farris she said two passengers have died aboard the Coral Princess cruise ship as she and thousands of others are forced to stay quarantined inside their cabins.

The month long voyage to South America left the states early last month. Midway through the trip was when the itinerary went off course.

They set sail on March 5 and were scheduled to end in Buenos Aires on March 19.

Two passengers died before the Coral Princess docked in Miami and a third passenger, a man, died at a hospital. It is not clear if the deaths were caused by COVID-19. Officials say 24 critically ill patients have been taken from the ship to hospitals for immediate care, including the man who died.

Among the passengers on the ship was Farris and her husband from Sugar Land. "It was going to be the trip of a lifetime," she said, still on board the ship. "I just saw the medical examiner's van leave."

More than a thousand passengers were in quarantine inside their rooms. Farris said the captain made the announcement about the two deaths early Saturday morning. "I don't know them or know their names, but it's terrible that they died like that on vacation." She said she and her husband have no symptoms.

The cruise had day stops along the way. "The Falklands was fine," said Farris. "When we got to Buenos Aires, we knew there was trouble. The captain got on the intercom and said we had to leave immediately, or we would have to stay for an undetermined amount of time. In a few seconds, the gangplank was pulled up and we were getting into open water as fast as we could." She learned the undetermined amount of time would have been a quarantine.


Other passengers also fell ill. Some were taken away in ambulances in Miami Saturday. "When we started, we tuned out the news. The last thing we heard was that South America was safe, that the virus was a problem in North America. Later, the captain said it was a pandemic."

Farris said she has a positive attitude and recognizes that in a global disaster, she has no control. Even so, the thought of what she and her husband will find when they do return to their Sugar Land home leaves her uneasy.

"I'm afraid that I will know someone who will die before all this is over," she said as she fought back tears. "I'm afraid for my mother-in-law and my hairdresser who just got over cancer."

"Our government didn't do much to help us," she said. "It was like they didn't want us back. My friends told me that the world you're coming back to is not the one you left, and I haven't been gone all that long."

Ill passenger being rushed to hospital 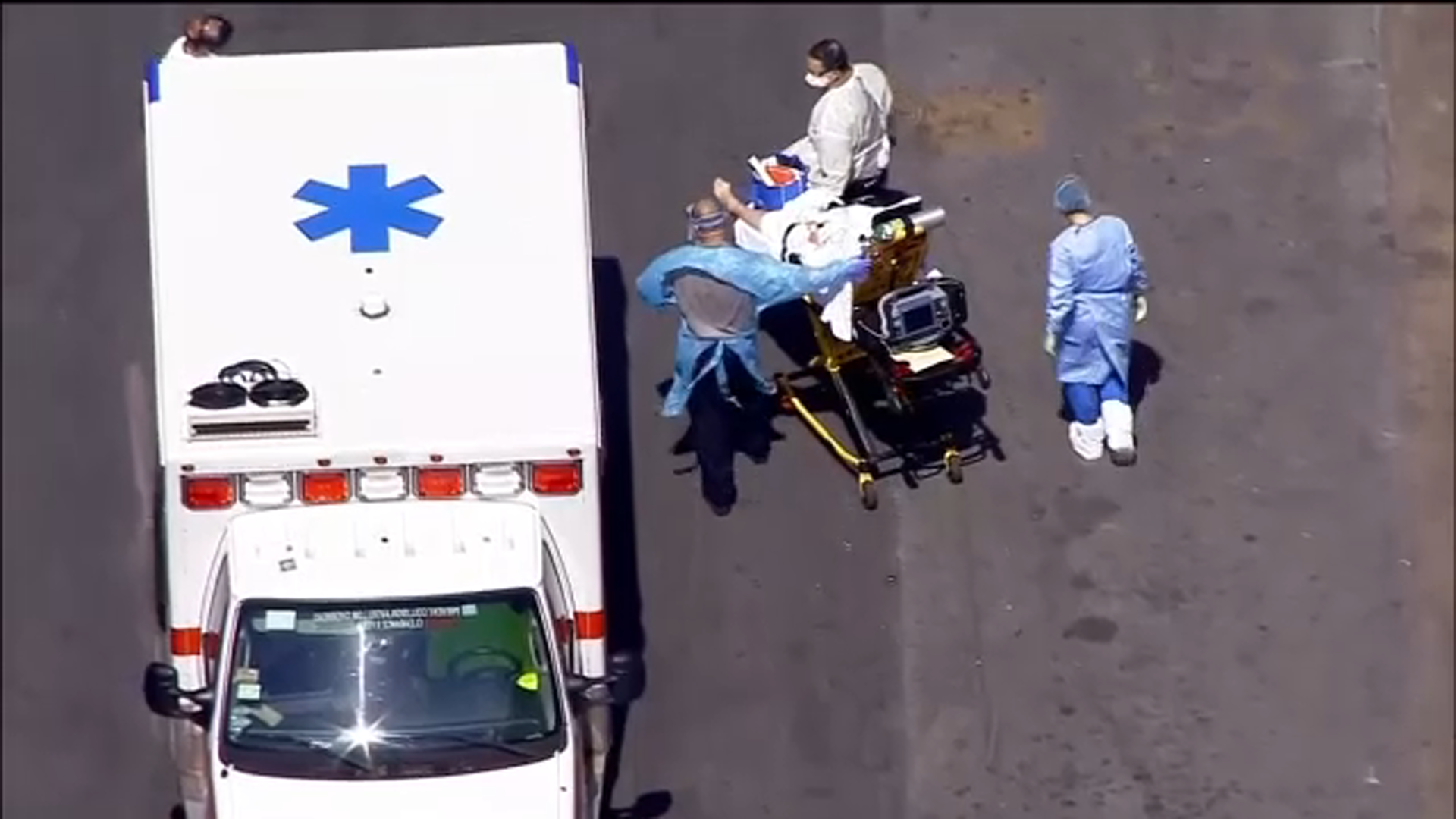 Carnival Cruise arranged for the 336 American passengers to be brought back to their homes.

Charter flights for other passengers to London and Los Angeles will not go through common terminal at Miami International Airport.

"This is a humanitarian situation, and the County Commission's top priority is protecting our 1.9 million residents while providing a contained disembarkation option for people on board who need to get safely home," Broward County Mayor Dale Holness said in a statement late Thursday.

Originally firmly opposed to the ships' arrival, Florida Gov. Ron DeSantis said last week that he had a change of heart after realizing many passengers were U.S. citizens and about 50 of them Floridians.