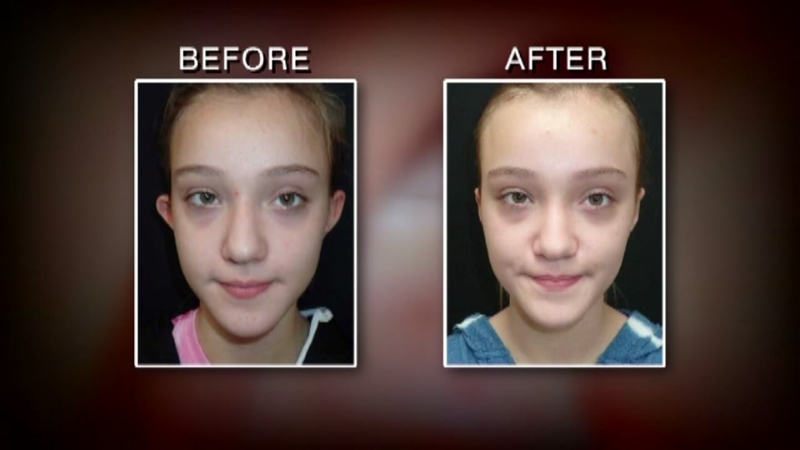 Girl bullied over her ears turns to plastic surgery

RICHMOND, Virginia -- It's a controversial option that's certainly not for all families: kids going under the knife to change features about themselves to stop bullying.

What's even more shocking is the ages of some of these children opting for surgery.

An 11-year-old Virginia girl is sharing her story of both torment and triumph.

"They would always like, point it out, but then the more people pointed it out is when i wanted to change it," Bella Harrington told WRIC-TV. "I thought that they stuck out way too much."

Bella was self-conscious about her ears since she was a young child.

She says she would get teased about them relentlessly.

After several years of weighing their options, Bella and her family decided it was time to look into cosmetic surgery.

If you think this is extreme, she's not alone. Bella's doctor said he has many young patients who go under the knife.

Dr. Joe Niamtu says when it comes to correcting an issue that's prompting bullying, the younger the patient is, the better.

"We like to treat these children before they enter school. So it's not uncommon that I'm doing 4 or 5 year olds. And the reason is bullying, or peer pressure, it's been shown psychologically to have the ability to affect their self esteem or body image for the rest of their life," Niamtu said.

"It's no different than getting braces that changes your appearance. If it's going to make you feel better about yourself, so be it," mother Sabrina Harrington said.

Bella had her surgery in December.

What, to some may appear to be a slight change, made a big different in this little girl's life.