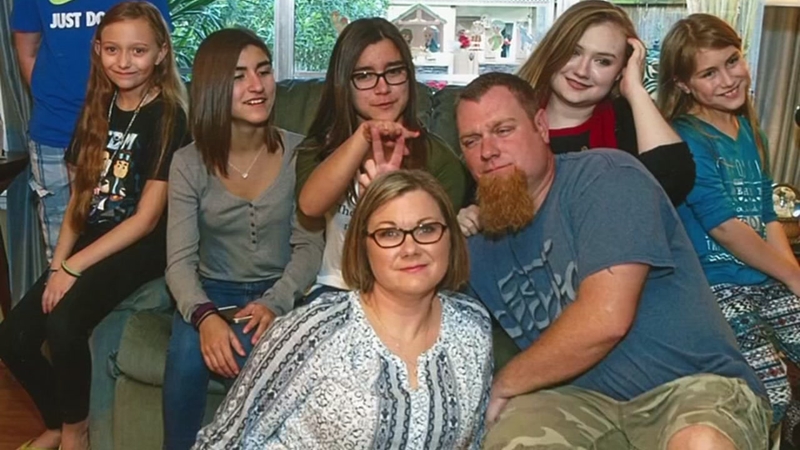 HOUSTON, Texas (KTRK) -- For most families Mother Day's is a special day to celebrate the woman who fights for you, teaches you and, of course, gave you life. But some families have a more somber history.

Little is taken for granted at the Nieto household, where mom Kelly and dad Fernando are raising three daughters. Even the simple things like preparing lunch are a miracle event because their mom is doing it with them. Kelly never knew her birth mom.

"I don't have any memories of my biological mother," Kelly said. "She died when I was five months old." Kelly's mother was only 19.

But that's just the beginning. Kelly's grandmother also died young, at just 27 years old, which leaves two generations of mothers who didn't live to raise their children. And, in fact, it happened the generation before them. A great-aunt also died before reaching her 30th birthday.

"You kind of think about my life and the girls and what would have happened if I didn't live this long. I do think about that and I think about life," Kelly said.

Many of Kelly's relatives have a rare heart disorder called Prolonged QT Syndrome, which is an arrhythmia disorder that can lead to a heart episode if you get too stimulated or excited.

A miracle came in the form of Kelly's adoptive mom Brenda, who saved her life.

Every time she took Kelly to the doctor, she'd recount the family history until finally one doctor took note of the symptoms and figured out the medical mystery.

Kelly and Fernando's youngest two daughters have Prolonged QT Syndrome and take daily medication, just like she does.

It's meant they can occasionally participate in the soda, caffeine and sports she had to avoid religiously. They can participate in, some of the time. In fact, everyone in the family is an accomplished karate student.
Since 2012, the American Heart Association has funded more than $44 million in research for arrhythmia disorders.

"By knowing that you have this genetic disorder you can treat it," said Tiffany Travis of the American Heart Association. "Twenty or 30 years ago, we couldn't treat it because we didn't know what it was."

Those big advances mean the future looks promising for this family that has ended a three-generation legacy of loss. Kaitlin Nieto, 14, says her perspective of her mom isn't like many other teenagers.

"I just think about what it would be like if I didn't have her," said Kaitlin. "No, I don't take my mom for granted."