Demand for forensic nurses on the rise in Houston 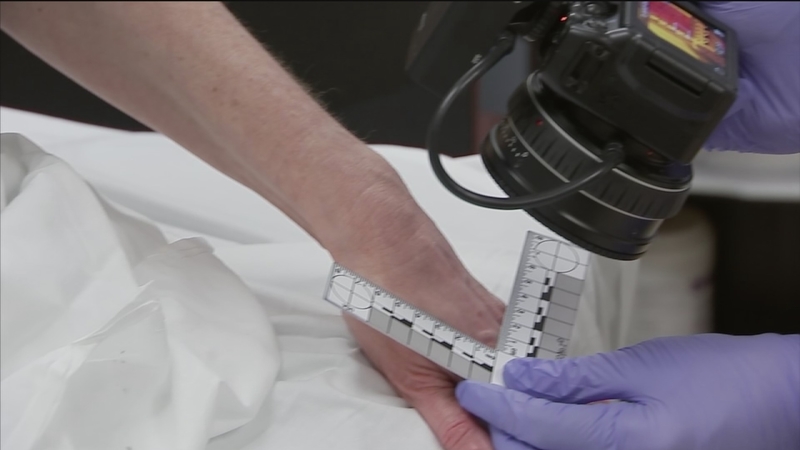 Demand for forensic nurses on the rise in Houston

HOUSTON (KTRK) -- In instances of sexual assault, child, or elder abuse, evidence can make or break a case. When the evidence is on a victim's body, forensic nurses have the special training to gather it, get it to police, and care for the patient at the same time.

The field is the fastest growing among nursing specialties, but many say it is not growing fast enough. According to DPS, one rape is committed each hour in Texas, while more than 65,000 child abuse cases are confirmed. The International Association of Forensic Nurses estimates there are fewer than 25 in the entire Houston area.

Trisha Sheridan is a forensic nurse in College Station. Until recently, she was the only one in Brazos County.

"By law, ER nurses in Texas have to have two hours of training. To even start to be a forensic nurse, you have to have 80 hours of classroom training," Sheridan said. "We're specifically trained to provide medical care and preserve evidence."

Forensics nurses use cameras that can see under the skin, rulers, and rape kits when dealing with patients. They can also specialize in certain areas, such as strangulation.

"We really go from head to toe documenting every injury, measuring every injury, photographing every injury and through that process we're collecting evidence. And then what we can do later is be able to testify and speak to those injuries and what we saw," Harris Health System forensic nurse Tiffani Dusang said.

Stacey Mitchell is the director of the forensic nursing department at Harris Health System in Houston.

"It's where medicine and the legal system come together," said Mitchell. "Last year, we were consulted on over 770 cases. This year, we expect to surpass that number."

Texas A&M Health Science Center is asking the state legislature for $2 million this session. If approved, this center's CEO says the money will fund a first of its kind forensic nursing program in Texas.

Sexual assault survivor Lorin Crater was 15 years old on a tubing trip down the Frio River when she became a victim.

"I remember this guy holding me down in my tube and pouring beer all over my face. And that's the last thing I clearly remember. When I woke up I was underwater choking, I couldn't breathe, and he had my bathing suit bottom around his
neck raping me," Crater said.

She made it to a local hospital, but with no one specially trained to care for her, the experience was re-victimizing. At a second hospital, she met a life changing forensic nurse named Katerina.

"She just sat there and gave me so much comfort and the first ounce of strength that I felt through that entire day," Crater said. "Because of her, he was convicted."

Crater's attacker took a plea bargain and never went to trial. She never saw Katerina again, but has not forgotten how pivotal a role she played in her recovery.

"I've thought about her through the years and how important someone who was with me for an hour, what an important role they played in my entire life," Crater said.

Crater now shares her story to encourage other survivors to get help.