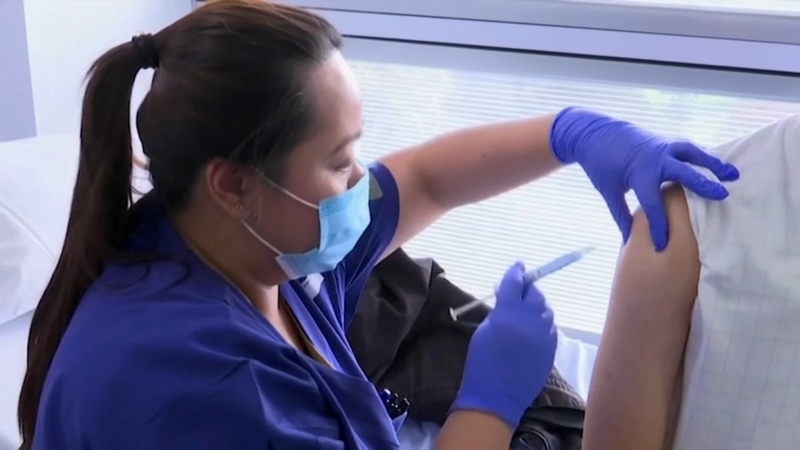 Most Houston employers encouraging but not requiring vaccines

HOUSTON, Texas (KTRK) -- Whether it's a retail store or the energy sector, more people are going back to work in person. It's what prompted the Greater Houston Partnership to conduct a survey earlier this month.

"We're trying to get some understanding of what is taking place in the community as far as return to work and protocols," said Patrick Jankowski, the Senior Vice President of Research for the Greater Houston Partnership.

"We got responses from 15 different sort of industries or groups, everything from manufacturing to retail, professional services, nonprofit, energy, so we do feel it's fairly representative of the business community in Houston," said Jankowski.

According to the survey, 87% of employers are encouraging but not requiring vaccinations. About half are using some sort of incentive and about 8% are requiring employees to get vaccinated. 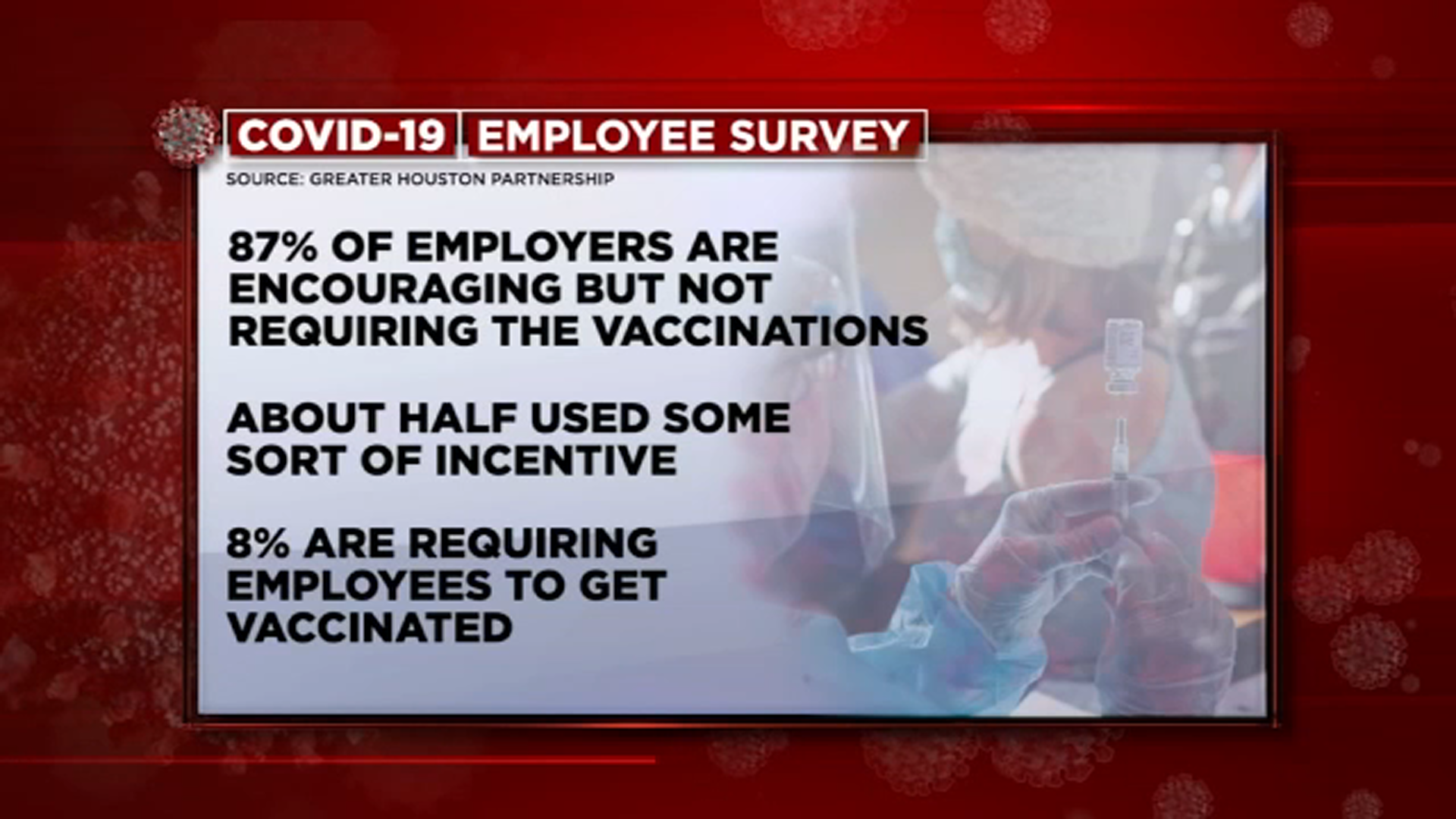 "The incentive can be as simple as allowing them to move about the building without having to wear a mask or practice social distancing but some are more generous," explained Jankowski. "Some of them are actually offering monetary rewards. Some are offering them gift cards. Some are offering a day off as an inducement to get the vaccine."

Over the weekend, a federal judge dismissed a lawsuit filed by a group of employees at Houston Methodist Hospital who were fighting the hospital's COVID-19 vaccine mandate.

While a vast majority of businesses are not requiring the vaccine, dismissal legal experts said more could start requiring it.

"Employers who have been thinking about making their employees get vaccinated, I think this is going to give them confidence to say, 'Hey, we're allowed to do this. We're within our right to do this.' So I think you may see more businesses step up and try to force employees to get vaccinated," said legal expert Steve Shellist.

Shellist said if businesses mandate the vaccine, there could be more suits in the future.

"[It] will, in turn, potentially cause more lawsuits by the employees saying, 'We don't want to do it. We don't think it's fair,'" said Shellist.

In the end, it seems most employers surveyed in Houston support the idea of their employees getting their dose, even if they don't plan to require it.

The vaccine is currently being used in the U.S. under emergency use authorization from the FDA. Pfizer began its full application for full approval last month.