KTRK
By Alex Meier
YOKOHAMA, Japan -- At least 12 Americans aboard a quarantined cruise ship off the coast of Japan have tested positive for the new coronavirus at the center of the deadly outbreak that originated in China -- and now, some passengers are speaking out.

They are among the 3,700 passengers and crew of the Diamond Princess who must remain on board for 14 days. A total of 64 coronavirus cases were confirmed on the quarantined vessel.

This comes as the U.S. embassy in China reported the first American death from the new virus on Saturday. The 60-year old man died Thursday in a Beijing hospital, bringing the global death toll to over 720. Worldwide, more than 34,000 have been sickened from the flu-like virus that originated in the central Chinese city of Wuhan.

Rebecca Fraser, one of the Americans diagnosed on the Diamond Princess, was told she would be hospitalized for 14 days, even though officials originally told her she would remain there for three.

"That's very concerning to me," she said. "So I reached out to the U.S. embassy for additional information. I haven't heard anything back yet."

She said she's worried about her husband, who's still on the ship.

"What is he supposed to do if he's released and I'm not? Because ... he had surgery shortly before we left. And so he's basically been in a wheelchair this whole trip. So for him to have to deal with packing up what's left in the room and everything like that. That really concerns me," she said.

Julie Choy, a quarantined American cruise ship passenger, told our sister station KGO-TV her vacation changed in the blink of an eye. She said she boarded the Diamond Princess on Jan. 20, and five days, later a man onboard tested positive to the coronavirus.

"When I tried to find out who got sick and if it was my next room, nobody says anything. It's a mystery," she said.

Even though Choy is not symptomatic, her everyday routine begins with taking her own temperature. She said food is left at her door, and she's only allowed to leave her cabin every four days for an hour and a half.

"(I'm having an) anxiety attack because the room I'm in right now is an interior room without windows. So every day and every hour is so long and the same," she said.

What your child's school district is doing about coronavirus 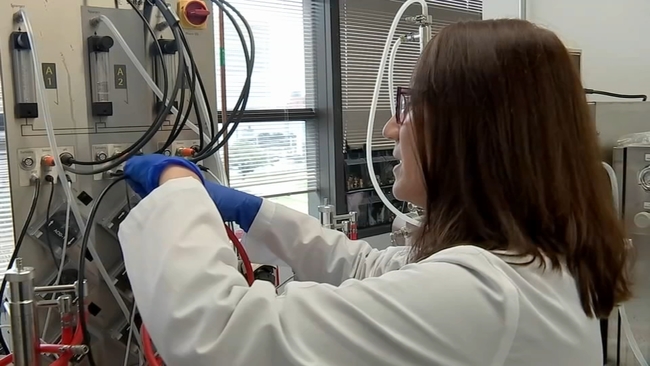