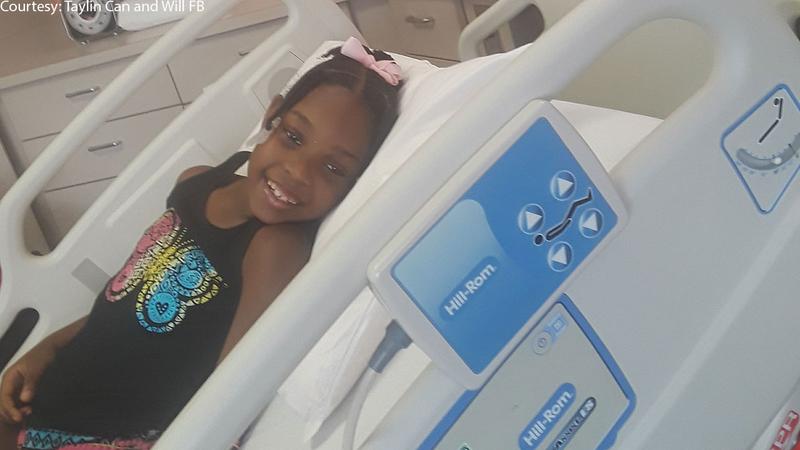 HOUSTON, Texas (KTRK) -- A once-healthy elementary schooler in Houston now struggles with memory loss and constant seizures, but her family says doctors can't seem to figure out what caused the dramatic change.

Up until she was six years old, Taylin West was spunky and playful. Her mom says she was always dancing, something she can no longer do.

"She's wheelchair bound, she can barely hold herself up, and she has seizures every second," said Toni Clark, Taylin's mom.

Toni noticed her daughter's hand shaking two years ago. Her health has been deteriorating ever since.

After dozens of tests and countless visits to Texas Children's Hospital, Toni says doctors are still puzzled by Taylin's case.

"My last question to them was 'Will I get my 6-year-old Taylin back?' and they said 'No,'" Toni told Eyewitness News.

Watching Taylin struggle each day takes a toll on the entire family. Her grandmother tells ABC13 they just want answers.

"It's hard not knowing what's wrong with my grandbaby," said Lishie Clark. "I wish I could fix it, but I don't know what to fix."

Toni wants to raise money to travel to Cincinnati Children's Hospital. She read about the medical center in a support group for parents of children who have seizures.

"A lot of the kids found out what was wrong with them at that particular hospital," said Toni.

Her family wants to see Taylin back on her feet and back on the dance floor.

Toni set up a GoFundMe page.