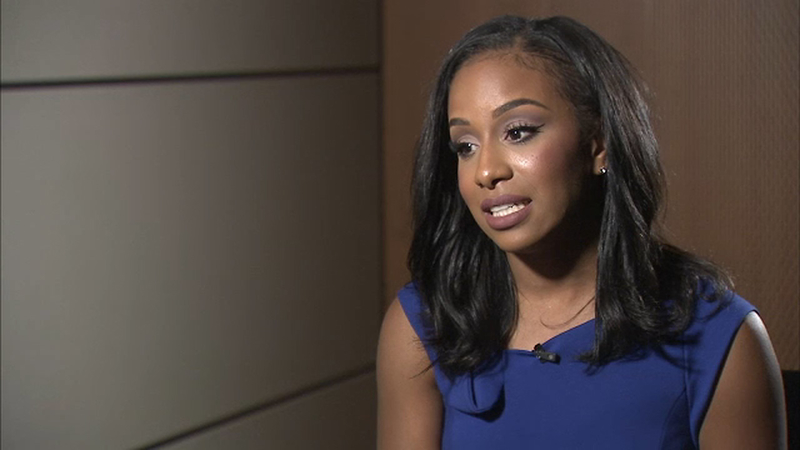 How much is too much when it comes to exercise? A member of the Action News team suffered a potentially life-threatening illness when she was pushed too far at the gym.

Experts say anyone who works out, and especially personal trainers, need to know about this dangerous condition.

Jeannette Reyes was filling in, anchoring the morning show. It was summertime and a few days after she did an intense workout session with a new personal trainer. She says her arms hurt, she couldn't extend them and they had started to swell.

Jeannette showed someone her arms later that morning, asking if this was normal after a workout. It was suspected to be a rare condition called exercise-induced rhabdomyolysis.

Jeannette went to the hospital right away where lab tests confirmed it was a severe case of the condition.

RELATED: 17-year-old Clear Lake student diagnosed with deadly illness caused by working out too much

Rhabdomyolysis or Rhabdo for short is when muscle fibers break down, they leak fluid into the bloodstream. It can shut down someone's kidneys, cause liver and heart problems.

Jeannette was in the hospital for five days. "I had nine IV bags, just fluids, and fluids," she said. "The swelling was so much I couldn't bend my arm, not because of the pain, but because it was so huge."

Joe Cannon is certified by the National Strength and Conditioning Association. He has his masters in exercise science and he gives lectures about Rhabdo, teaching trainers.

"It's my experience that most personal trainers in America, maybe the world, do not know what Rhabdo is," he said.

Cannon has also written a book called "Rhabdo: The Scary Side Effect of Exercise You Need to Know About" to help get the message out, because pushing someone too hard or doing too much, too soon can bring it on.

Shaginaw says some people may be at a greater risk: If you have sickle cell trait or disease, take anti-fungal medication or even if you're not feeling well.

However, it can happen to anyone. He says if you're new to working out like Jeannette, ask for your trainer's credentials.

"And maybe interview them to make sure they are going to progress you gradually rather than kill you in day one with the exercises," he said.

Jeannette tells others, always listen to your body.

"My body told me 20 minutes in something was terribly wrong. Each day it got progressively worse," she said.

Jeannette says she did speak up during the workout, saying it was too much and that she couldn't fully extend her arms. She says she was told that was normal and to keep going.

"I think sometimes the idea is to push your client to their breaking point, but their breaking point could also mean putting their health in danger. I think there needs to be a lot more training with personal trainers as to what is too much," she said.