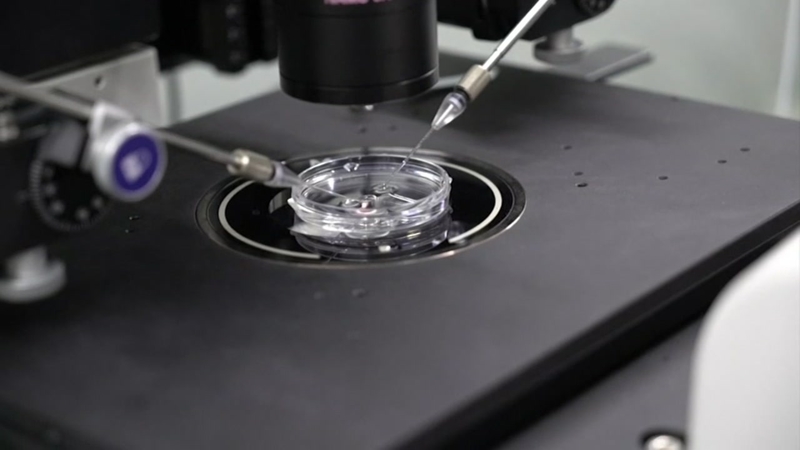 HONG KONG, China (KTRK) -- A Chinese researcher who claims to have helped make the world's first genetically edited babies says a second pregnancy may be underway.

Scientist He Jiankui made the announcement Wednesday at a summit on human genome editing in Hong Kong.

The second potential pregnancy is in a very early stage and needs more time to be monitored to see if it will last, He said.

This comes after He claimed he altered the DNA of twin girls born earlier this month to try to make them resistant to infection with the AIDS virus.

One of the scientists who worked with He on the project is physics and bioengineering professor Michael Deem from Rice University.

Deem was an adviser to He, who studied at Rice and Stanford Universities.

The university let everyone know this work was done away from campus and that it is investigating Deem.

Recent press reports describe a case of genomic editing of human embryos in China. These reports include a description of involvement by Dr. Michael Deem, a professor of bioengineering at Rice University. This research raises troubling scientific, legal and ethical questions. Rice offers the following statement:
1. Rice had no knowledge of this work.
2. To Rice's knowledge, none of the clinical work was performed in the United States.
3. Regardless of where it was conducted, this work as described in press reports, violates scientific conduct guidelines and is inconsistent with ethical norms of the scientific community and Rice University.
4. We have begun a full investigation of Dr. Deem's involvement in this research.

He says seven more couples are involved in the research.

The scientist says the fathers in the study all have HIV and the mothers do not. The goal is to edit the genes of their children to make them better able to fight off the virus that causes AIDS.

"Those people, they need help. This is for millions of families with disease or infectious disease. We show compassion to them," He said.

He says the work is safe and ethical, and adds that he was proud of what he had done.

Some in the scientific community are calling this unethical. The process has been banned here in the U.S.