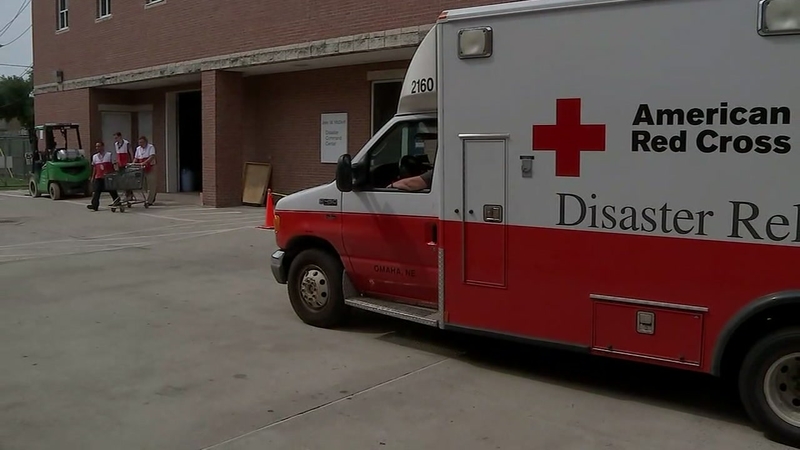 HOUSTON - Hundreds of millions of dollars have been donated to help victims of Hurricane Harvey and subsequent flooding, but people affected are asking when they will see financial help.

For people like Mike Atwood, who lives in northeast Houston, their homes are unlivable after feet of floodwaters rolled through. However, many landlords still expect rent.

"It's a tense situation for everybody. They're used to getting X-amount of money, but I want to a place to stay," he said.

People all over the country are answering the call to donate, however in many cases that money isn't immediately going to those who need it.

The joint Houston-Harris County Hurricane Harvey Relief Fund raised more than $51 million. Funds will be distributed to other nonprofits by an advisory board, which has yet to be announced, representatives said.

The JJ Watt donation drive has raised nearby $33 million. The fundraiser ends on Friday, and the website indicates that is when the next phase of distributing the funds will begin.

But many people need help now. Mario Bruno with the Red Cross said his organization is trying to answer that urgent call.

"It's called the Immediate Assistance Program. It's something that's going to help many of these families," Bruno said.

The Red Cross has raised well over $200 million and has disbursed emergency funds through a new online program, according to Bruno. Harvey is the first disaster where they've tried this fast approach to disbursement.

However, the demand was overwhelming. The site has been down for a few days.

"We had to stop it for a little bit. We are building a little more capacity so we can get more applicants," he said.

They hope to have the online application back up and running soon. It's much-needed help as people are still trying to take the first steps on the path toward normal.

"This is going to take months if not years for any of us who really have been affected by this to get out from under it and feel a sense of normalcy," Atwood said.