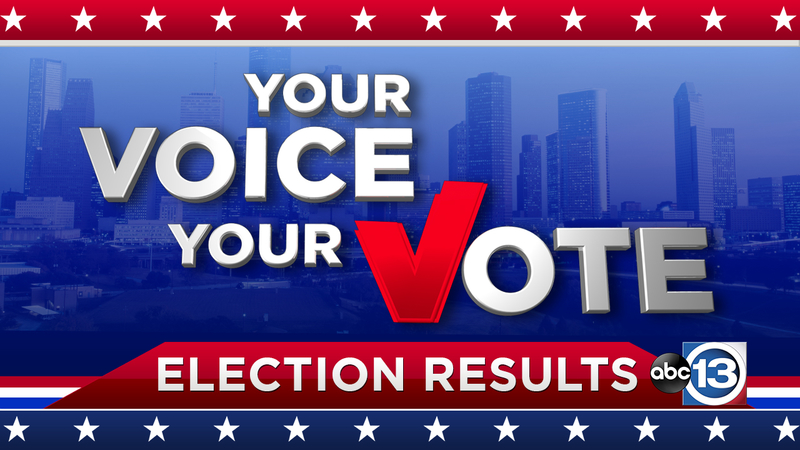 Runoff elections show Texas not quite ready for main event

HOUSTON, Texas -- As dress rehearsals go, Tuesday's Texas primary runoff elections weren't bad, but for some voters and poll workers, they revealed problems that need to be fixed before November's big show.

With much lower turnout than primary or general elections, the first in-person election day during the coronavirus pandemic saw voters reporting heavily sanitized polling places, an ample supply of gloves, finger cots or pencils to mark up their ballots, and socially distanced lines. With a tiny ballot in many places, some were in and out of polling places in minutes.

But some Texans who sought to vote by mail - and submitted their applications on time - indicated they never received their ballots. Some opted instead to vote in person. Others went uncounted. It's unknown how many were affected.

Other voters sent in their mail-in ballots only to have them returned unopened. Some of those reached county elections offices after a second attempt, while others still appeared lost on election night. It's also unknown how many were affected.

In some counties, The Texas Tribune reports previously advertised polling places were shuttered at the last minute for lack of workers, some fearing the pandemic or reluctant to risk exposure to voters who were not required to wear masks. Others walked off the job Tuesday morning after discovering some of their fellow poll workers wouldn't be donning masks.

And throughout the night, the Texas secretary of state's portal for reporting election night returns was either broken or incorrect, first displaying garbled numbers in various races on the ballot and later showing discrepancies with county reports.

"I would say a number of the problems we saw in this election are red flags that, left unaddressed, could result in massive problems in November," said Anthony Gutierrez, executive director of Common Cause Texas, in a statement.

On the eve of the election, Bexar County saw examples of the staffing issues local officials could face in November when counties are expected to run a higher number of voting sites. Late Monday night, the county announced it would not run three planned polling places on election day. Along with closures announced last week, that meant the county cut 12 of the 226 voting sites it had planned.

"Today, we had three teams decline to serve, because of the COVID-19 virus," said elections administrator Jacque Callanen. "Please keep in mind that the average judge's age is 72, so we certainly understand their concerns."

By Tuesday morning, mask politics reached into election administration in Collin County, where at least two Democratic poll workers said they abandoned their duties after realizing some of the Republican poll workers at their sites didn't intend to wear masks.

Longtime poll worker Allison St. Claire agreed to work the election as a "foot soldier" working to help keep elections safe and fair even though her kids "weren't wild about" the idea because she's considered high risk for complications that come with COVID-19, the disease caused by the new coronavirus.
"I assured them we'd have PPE on and we'd be fine," St. Claire said. "I'd been there a little less than four hours, and I just decided, you know, this is not worth the risk if they're not going to mask up."

At her assigned polling place inside a high school, Cynthia Riley's shift lasted about 45 minutes after she decided she was unwilling to sit for 14 hours next to poll workers who weren't wearing masks.

For some first-time and regular mail-in voters, election day went by without their votes being counted.

Multiple voters continued to report they had not received the ballots they requested in a timely manner. Travis County realized that thousands of its voters had incorrectly filled out their applications and missed checking off the runoff election or indicating a party on the form they submitted - an issue that came to light because some voters who didn't receive runoff ballots did get ballots for a special election to select their state senator. But it's unclear how many voters in other counties were similarly tripped up by the form.

In Burnet County, Jennifer Hess and her mother - both considered high risk - applied for and received mail-in ballots, but the 59-year-old artist said she miscalculated when those ballots could be dropped in the mail based on her experience voting in Washington state, where she said she posted her ballot on election day.

In Texas, those postmarked votes are only counted if they're received by 5 p.m. the day after the election. Voters who don't get their absentee ballots in the mail on time can still drop them off in person, but they can only drop off their own ballot and have to show photo ID to do so.

"I don't think the USPS has ever been able to deliver mail that fast," Hess wrote to The Texas Tribune. "And, the voting law prevents me from being able to deliver my mom's ballot for her, (which is sealed inside two envelopes). Our vote was not heard."

In Dallas County, Michael Vendrell, a teleradiologist who works from home, faced a maddening situation getting his ballot to count. An experienced absentee voter, he left his absentee ballot for pickup at the end of June only to find it back in his mailbox days later - unopened and with a printed return label to himself that had been seemingly tacked on by the post office.
It was a conundrum the Dallas chapter of the League of Women Voters had heard from various other voters.

Vendrell scratched off the label, dropped it back in the mail and didn't get it back. But his name never appeared on the county's roster of voters who had cast early ballots by mail. When he called the elections office, a county worker indicated they were still receiving mail-in ballots and would call him when his ballot came in. But two weeks after it was picked up by a postal carrier, it had not shown up at the county elections office.

"The fact that I didn't have one vote ... get counted is not my issue," Vendrell said. "My issue is we have a broken system."

Among those voters almost left out of the election was Carmen Radley, a 38-year-old writer in Austin.

Radley first attempted to vote at an elementary school around midday on the last day of early voting but was met with what she described as a "COVID tunnel" - a line of an estimated 100 people wrapped around a school hallway on both sides.

"I was disoriented. I got in there and saw the line and thought about waiting and just decided this wasn't ethical - to risk exposing myself and bring that to a hospital," Radley said.

Her options were limited. Scheduled to have surgery the morning after the election, Radley was supposed to be self-isolating at home. On Tuesday afternoon, an Instagram post on curbside voting caught her attention, but she wasn't sure how that worked.

After speaking with a reporter, Radley reached out to the Travis County clerk's office about voting from her car. The process required an initial call to the clerk, a second call once she got to a polling location and a third call by the clerk to alert poll workers there about a curbside voter.

"Not sure how this current process would be feasible for general election crowd," Radley wrote in a text after casting her ballot. "Just so many hoops to jump through."

Disclosure: The Texas secretary of state's office and the League of Women Voters have been financial supporters of The Texas Tribune, a nonprofit, nonpartisan news organization that is funded in part by donations from members, foundations and corporate sponsors. Financial supporters play no role in the Tribune's journalism. Find a complete list of them here.