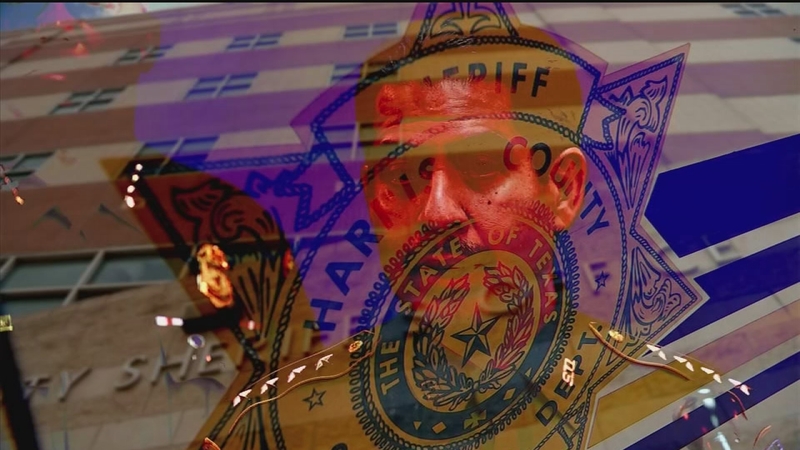 HOUSTON (KTRK) -- After three days of withering criticism over Harris County Sheriff Adrian Garcia's handling the investigation into how an inmate in need of mental health care was left in his cell for weeks, sheriff department officials have asked the U.S. Department of Justice for help.

"We're looking at other opportunities and so we're communicating with the DOJ to understand what opportunities can be before us," Sheriff Adrian Garcia said Wednesday.

It's unclear what that help might entail. It's also unclear if the Justice Department does get involved, if any review they conduct would go beyond the circumstances surrounding 24-year-old Terry Goodwin, who was found living in his cell amid heaps of trash, swarms of bugs, and piles of his own feces.

Typically, though, the Justice Department looks at broader civil rights issues. The FBI is already assisting the Sheriff with his investigation.

"I think this is wonderful," Lambert said. "The more help in this investigation, the better and the more that will be unveiled. I am very pleased about this."

"My commitment is to make sure that mothers like Ms. Lambert don't ever have to content with something like this again," Garcia said. "That is my commitment. I'm working hard to do that and trust me, I'm still not happy about the circumstance overall."

Garcia's remarks also came as state Sen. Rodney Ellis, a leader on criminal justice reform in Texas, said he was crafting a letter requesting an independent review of Harris County jail operations from the Justice Department.

Ellis, D-Houston, spoke with Garcia Wednesday, his office said. Ellis has also been meeting about Goodwin with experts from the Texas Criminal Justice Coalition, the Texas Defender Service and with Barry Scheck, made famous for his role in the acquittal of O.J. Simpson in his 1995 double murder trial and who now directs The Innocence Project.

U.S. Rep. Sheila Jackson Lee said Wednesday that she is aware of the Goodwin case and of the calls to the Department of Justice to get involved.

It has happened before. The Justice Department investigated the jail in 2008, before Garcia became Sheriff. The federal agency found in 2009 that jail officials violated inmate rights in regards to an array of issues, including mental health.

"I had the Justice Department come to investigate some years ago and a lot of reform occurred at the jail," she said.

As far as any problems today at the jail, the Houston Democrat said she hoped Garcia is "poised, I hope, to fix this yesterday."

Garcia's announcement is a change of tone from the past few days, when Garcia said the Sheriff's Department could conduct a "fair and just" independent investigation. Garcia on Monday did ask for assistance from the FBI in that investigation.

ABC-13 broke the news Monday about the conditions of Terry Goodwin's cell.

It was only when a jail compliance team entered Goodwin's cell on October 10, 2013, they discovered he may have been locked in there for weeks, whistleblowers said. Sources told ABC-13 when Goodwin was discovered, he was wearing a filthy, shredded jail uniform in the fetid cell, sources said. Shards of his orange uniform were hanging from the ceiling light.