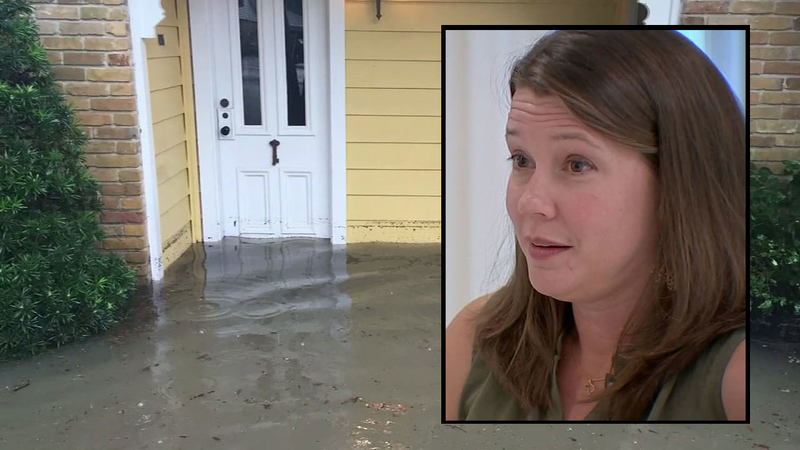 HOUSTON, Texas (KTRK) -- On Saturday, Harris County voters will go to the polls to vote on a $2.5 billion flood bond that already has strong support, according to a University of Houston survey.

If approved, the funds will be used on flood mitigation projects to reduce flooding in the county. The overall tax increase will increase over time, and will cost taxpayers two to three cents per $100 of home valuation.

The Hobby School of Public Affairs released a survey this month of 815 people, and found bipartisan support for the bond and from both people who did and did not sustain property damage during Hurricane Harvey.

Dr. Jim Granato, the executive director of the Hobby School, interprets those numbers like this: "They see the seriousness of this and no one ever wants to go through this again."

More than 200,000 homes and apartment buildings were damaged during Hurricane Harvey. Harris County Judge Ed Emmett is leading the charge to get the multi-billion dollar bond passed.

"This is the most important local election, not just because the $2.5 billion and the projects, but because of the message it sends. It says, 'Okay, enough is enough,'" Emmett said.
The UH survey found only 10% are against the bond.

Harvey victims Rachel and David Odom are not among the opposition. They were displaced from their west Houston home for 11 months after four feet of water settled in.

"It was spewing in," Rachel said. "I think there is a lot of work that can be done. I know this storm is an anomaly, but I'd like to save these neighborhoods and communities."

Click here for more on the UH Hobby School survey.