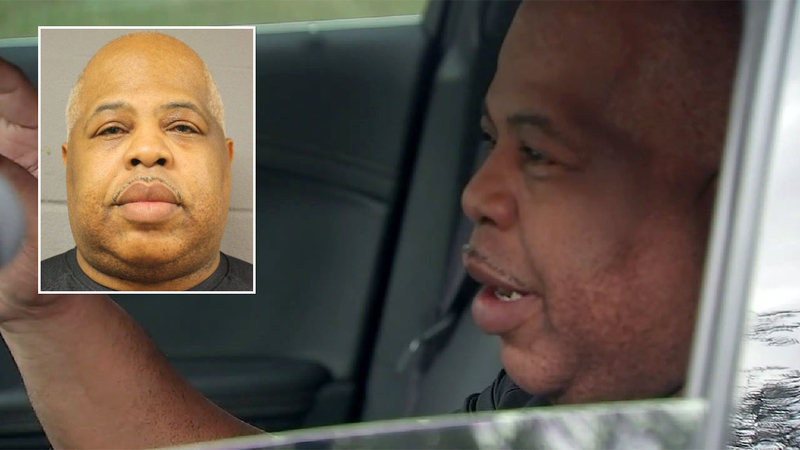 HOUSTON, Texas (KTRK) -- A Harris County sheriff's deputy has been relieved of duty after being arrested for allegedly violating a protection order.

A source told Eyewitness News that Sam allegedly called his ex constantly, day after day, when he was told specifically not to by the courts.

Eyewitness News found Deputy Sam just an hour after he was released from jail. We confronted him about the charges, and he said, "don't worry about it."

Deputy Sam also answered "no," when we asked him if he was just arrested.

According to Harris County Sheriff's Office, Sam was relieved of duty pending the out come of a full investigation.