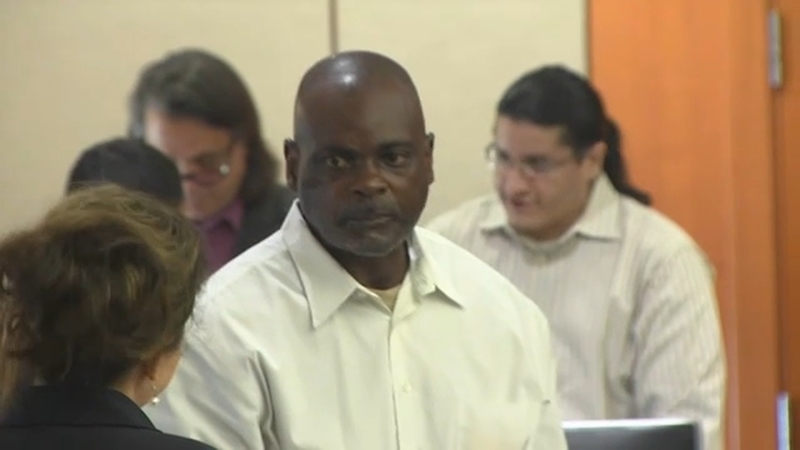 Ex-officer charged in Harding Street raid out on bond

Goines was arrested by the FBI last month on seven federal indictments related to the raid that killed Rhogena Nicholas and her husband Dennis Tuttle in their home at 7815 Harding St. last January.

Wednesday afternoon, a judge granted Goines a $150,000 unsecured bond, which stipulated his release to home confinement. Goines previously agreed to a number of conditions related to home confinement. Among them, he would have to wear an ankle monitor and can only leave the house for medical and legal appointments.

In the federal court system, Goines faces civil rights charges and stands accused of depriving the victims of their constitutional right to be secure against unreasonable searches.

Goines has also been charged with two counts of first-degree murder in state district court. He is currently out on bond for those state charges. He's accused of lying to get a search warrant to go into the victims' home.

A 53-year-old woman named Patricia Garcia has also been arrested in connection with the raid. Garcia is accused of conveying false information by making several fake 911 calls.

The charge specifically stems from Jan. 8, when Garcia made several calls claiming her daughter was inside the home on Harding, according to the indictment. Garcia is accused of saying Tuttle and Nicholas were addicts, drug dealers and that they had guns, including machine guns, inside their home.

Goines is charged with felony murder under state law and has been charged with civil rights violations under federal law.

Bryant is charged with tampering with a government record under state law and now has also been charged federally with obstructing justice by falsifying records.

"The Nicholas family respects the court's consideration of all the issues in making a decision to permit bail. However, considering the terrible crimes of which Mr. Goines is accused, the Nicholas family believes the community safer in the ongoing investigations better protected if he remains in jail pending trial."

According to friends, Tuttle and Nicholas were not the hardcore heroin dealers as described in the now-debunked search warrants.

Goines' actions, Harris County District Attorney Kim Ogg said back in August, are what caused the deaths of Nicholas and Tuttle.

"I absolutely believe he was overcharged," DeBorde has said. "I firmly believe that Mr. Goines is innocent of any crime and we look forward to defending this case vigorously in court."


"We have had an open line of communication. We have not received any information from the government on any of their activities," said DeBorde.

Meanwhile, prosecutors have said the other officer, Bryant, falsely submitted a document about drugs found on Harding Street two days after the raid already happened. Prosecutors allege Bryant retrieved some heroin from Goines' car on Jan. 30, then wrote up the drugs as evidence in the Harding Street raid, and submitted to the police department.

However, court records show Bryant admitted to investigators that he never participated in the narcotics investigation at 7815 Harding, and that he admitted to making "a mistake" in the collection of the drugs.

Bryant's case will eventually move to the same court as Goines.