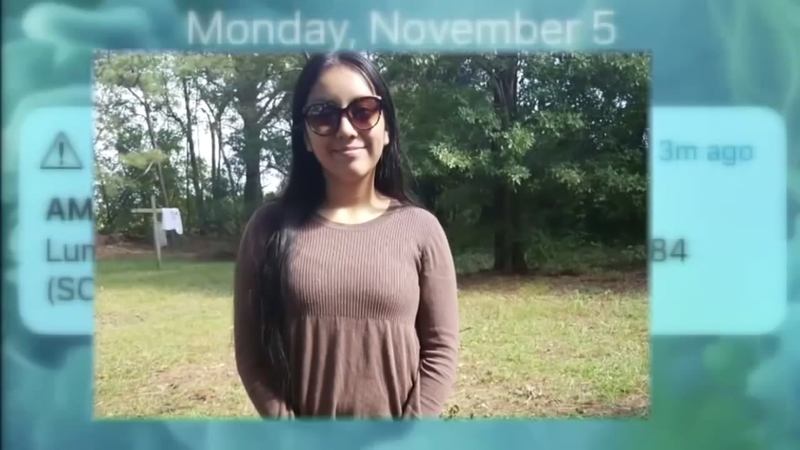 LUMBERTON, North Carolina -- Officials encouraged the public to stop sharing "misinformation" about the North Carolina Amber Alert case that has rocked the community for more than a week, saying that it is hampering their investigation.

On Tuesday, officials received a report that a girl who looked like Hania Aguilar may be in Charlotte.

The Charlotte-Mecklenburg Police Department is looking into the report, but they said there is no reason to believe it is accurate.

TIMELINE: Lumberton teen Hania Aguilar has been missing for more than a week

The FBI, at the news conference, also announced that it increased the reward for information in Hania Aguilar's disappearance from $15,000 to $25,000. With the $5,000 Gov. Roy Cooper promised from the state, that brings the total to $30,000.

The @FBI is asking people to call 910-272-5871 with details that could lead them to Hania and the person or persons responsible for her abduction.

Hania Aguilar, 13, has been missing since around 7 a.m. on Nov. 5. It was around that time that police said she was abducted at Rosewood Mobile Home Park off East Elizabethtown Road while she was waiting to go to school.

Authorities said she was forced into a green SUV. That SUV was found abandoned on Nov. 8.

Lumberton Police Chief Michael McNeill stressed that the rumors being spread on social media are making it difficult for them to do their jobs.
"We need these rumors stopped," he said. "It makes it harder to find Hania."

Chief McNeill said they also need to see more surveillance video from around the area the SUV was found in order to pinpoint when it was abandoned.

He added that officers are working around the clock to bring Hania home.