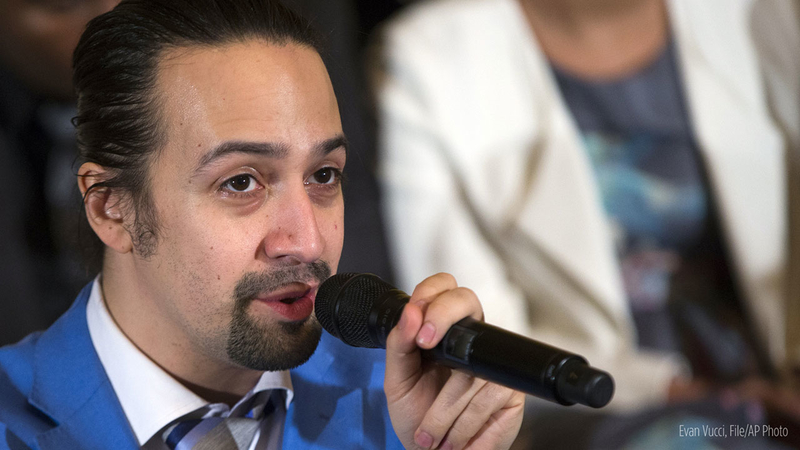 Since Hamilton, the hip-hop musical following the life of founding father Alexander Hamilton, opened on Broadway in August, it has won a Grammy and a Pulitzer Prize. But the recognition could be just beginning, as it's poised to make history on Sunday night at the 70th annual Tony Awards.

Here's a look at the hottest show on Broadway by the numbers.

The show is nominated for more Tonys than any in history, with 16 across 13 categories, which means if it wins every category for which it's nominated, it will be the winningest show in Tonys history. That honor currently belongs to Mel Brooks' The Producers, which won 12 awards in 2001.

There are 20,520 words in Hamilton's cast recording, which runs about 2.5 hours. That total is staggering compared to the albums for other musicals.

This is partially due to the fact that Hamilton is sung-through, but mostly to do with the pace of the show. One of its songs, "Guns and Ships," clocks in at 6.3 words per second.

The show grossed $74 million during the 2015-2016 season. Though the cast performed for 478,605 people in that time (some of them paying upwards of $2,000 a ticket), this doesn't mean it's the highest grossing show of the season. It fell behind The Lion King, Wicked, Aladdin and The Book of Mormon, which were already running when the season started (and some of which are in theaters with larger capacities).

Lin-Manuel Miranda, the star and mastermind behind the show, has been tweeted about 2.3 million times since the beginning of 2015, according to Twitter. A representative of Twitter praised the online community Miranda has created through prolific engagement with fans on social media.

*Lady rolls down her car window at 181st street*
"congrats on HAMLET!"
Me: "I WISH I wrote Hamlet!"
Lady: "Yay HAMLET!"
*drives away*#myday

"Lin Manuel has found a way to share his personality in unique ways on Twitter - from Tweeting inspiring 'good morning' Tweets regularly, to starting a massive convo about Game of Thrones sparking wide usage of #HamofThrones, to participating in meaningful pop culture conversations," they told ABC.

The show itself has been tweeted about 2 million times during that time period, including accolades from its countless famous fans such as Oprah, Kerry Washington and Gloria Steinem. Even President Obama has sung praises of the show.

Though many are paying top dollar to see it, for each performance a lucky few (21, to be exact) win $10 front-row tickets by entering the lottery. Once a week, the lottery is conducted in-person outside of the Richard Rodgers Theater near Times Square (and the crowd gets entertained with a "Ham 4 Ham" show).

The rest of the time, the lottery is online, where about 10,000 people enter daily. Your chances of winning the online lottery vary because winners have the option of selecting one or two tickets, but assuming everyone takes one, that gives you a 476:1 chance. You have better odds of being on The Price is Right, writing a New York Times best-seller or dating a millionaire, according to Mashable.