Petition to move Halloween date to a weekend gets 155K signatures 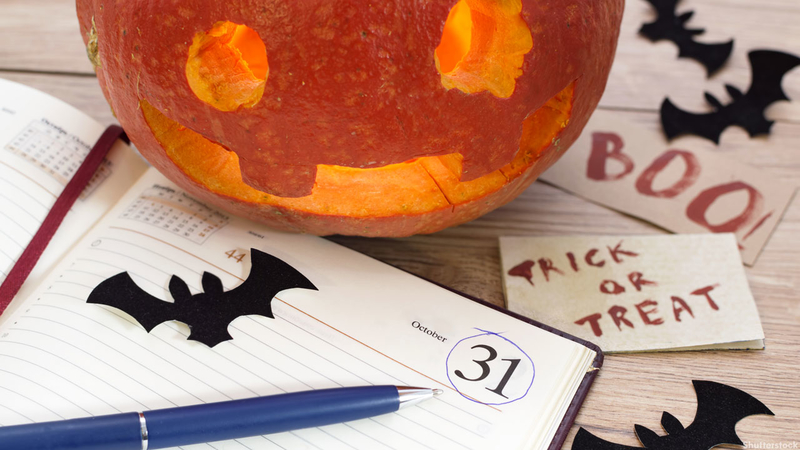 Push to change date of Halloween picks up steam

It's Halloween day and while boys and ghouls have their costumes ready to go, a few people are considering moving the spooky day to the weekend.

Tens of thousands of people are signing up to show their support for changing when kids in the U.S. celebrate Halloween.

The annual festival currently takes place on Oct. 31, bringing children of all ages out of their houses and into the streets as the sun goes down.
But that tradition can be dangerous, and that's why more than 155,000 people have signed a petition on Change.org to celebrate Halloween on the last Saturday of October.

The petition was first posted more than a year ago, but it has picked up steam in recent days as it nears its goal of 200,000 signatures.
EMBED More News Videos

The Saturday Halloween Movement is petitioning President Donald Trump to move Halloween to a Saturday for safety and convenience reasons.

The petition, which was created by The Halloween & Costume Association, is addressed to President Donald Trump. It's unclear how the federal government would go about officially moving the celebration, as Halloween is not a federal holiday.

In their petition, supporters suggest that instead of changing the date, they will add an additional day of festivities in partnership with Party City and other brands.

"National Trick or Treat Day will take place annually on the last Saturday of October so families across the country can participate in community parades, throw neighborhood parties and opt for daytime Trick or Treating," they wrote.

While supporters of the petition argue that the move would be convenient and less stressful to parents than celebrating on a weeknight, they have also cited safety as a major factor.

According to the non-profit industry group that started the petition, 3,800 children suffer Halloween-related injuries every year. Supporters say changing the holiday to a weekend will allow trick-or-treaters to get their ghoulish kicks in while the sun is still shining. Plus, traffic should be less of a concern since the festivities will not interfere with work or school schedules.
Report a correction or typo
Related topics:
societysafetychildrenhalloweenfamilyu.s. & worldcandy
Copyright © 2022 KTRK-TV. All Rights Reserved.
TOP STORIES
19 children, 2 adults killed by gunman in TX school shooting
Uvalde school shooting: What we know about 19 kids, teacher killed
Weather Alert Day: Strong storms will blow through early Wednesday
Election 2022: Full results from Texas primary runoff elections
How to talk to kids about Texas school shooting
Watch Steve Kerr's raw, emotional plea after Texas shooting
Biden to sign policing order on anniversary of Floyd's death
Show More
New documents reveal possible motive in Vanessa Guillen's murder
Gun violence activists demand action addressing mass addressing
Texas leads nation in school shootings since 2013, data shows
Bodycam footage released of man shot by HPD officer in late April
A look at some of the deadliest US school shootings
More TOP STORIES News