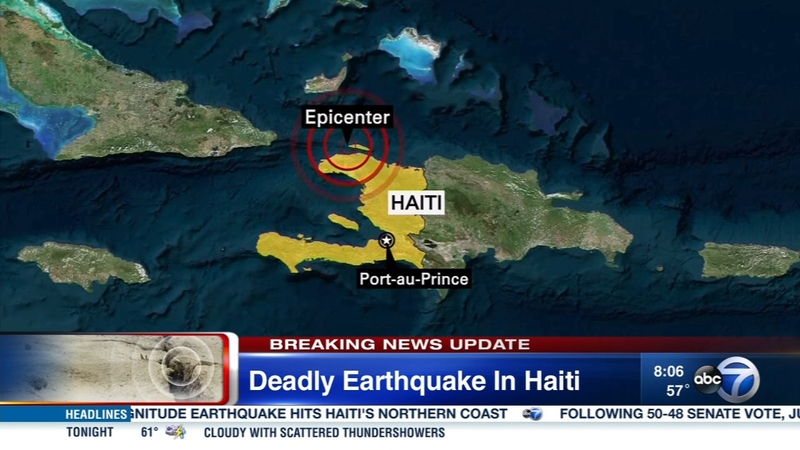 The country's civil protection agency said that at least seven people died in the coastal city of Port-de-Paix and three people died in the nearby community of Gros-Morne in the province of Artibonite. It said that the injured were being treated at medical centers in the northern part of the country.

It was felt lightly in the capital, as well as in the neighboring Dominican Republic and in eastern Cuba.

The civil protection agency issued a statement saying that some houses were destroyed in Port-de-Paix, Gros Morne, Chansolme and Turtle Island. Among the structures damaged was the Saint-Michel church in Plaisance.

Rescue workers reported the collapse of part of a hospital in Gros-Morne and an auditorium as the quake hit on a rainy evening. They also reported damage at the police station in Port-de-Paix.

Parliamentarian Alcide Audne told The Associated Press that two of the deaths occurred in the auditorium.

Haiti President Jovenel Moise indicated in his Twitter account Sunday that civil protection brigades were working to clear debris and help victims. He also said the government had sent water and food.