ABC13 reporter Shelley Childers gets hair chopped off for good cause 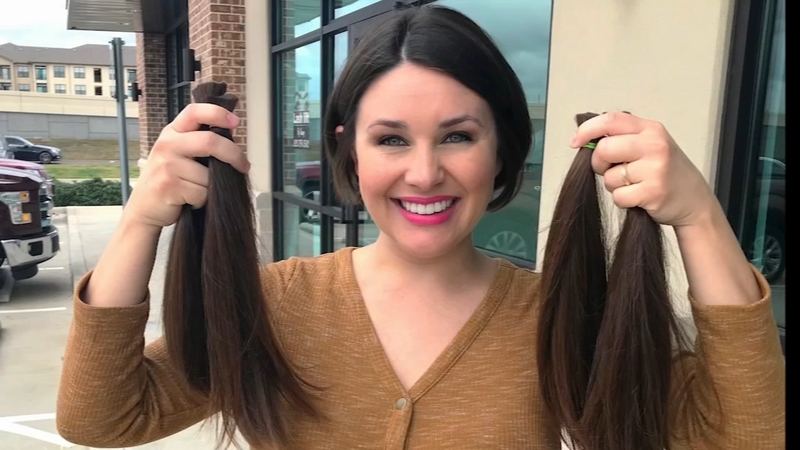 Over the weekend, Childers cut off 12 inches of her hair and donated it to an organization based in New York.

Hair We Share was formed in 2014 and is led by hair replacement specialists and cosmetologists who donate wigs to children and adults suffering from medical hair loss.

"I knew I wanted to donate my hair after being able to grow it out during my pregnancy. And when I found out I could track my hair donation, I knew this was the organization for me," Childers said.

She went to Zena Salon in Richmond for the big chop.

"I've been growing it out for two years, so there's a lot to cut here and I'm really excited, but very nervous," Childers said.

Those nerves were quickly swept away when her hair was sectioned off into four ponytails, measured and chopped off.

"My shortest hair cut ever, but for a good cause," Childers said.

"If the person receiving that wig allows us and permits us to show their photos, we then show the individual where their hair actually wound up, on whose head," co-founder of Hair We Share, Dean Riskin said.