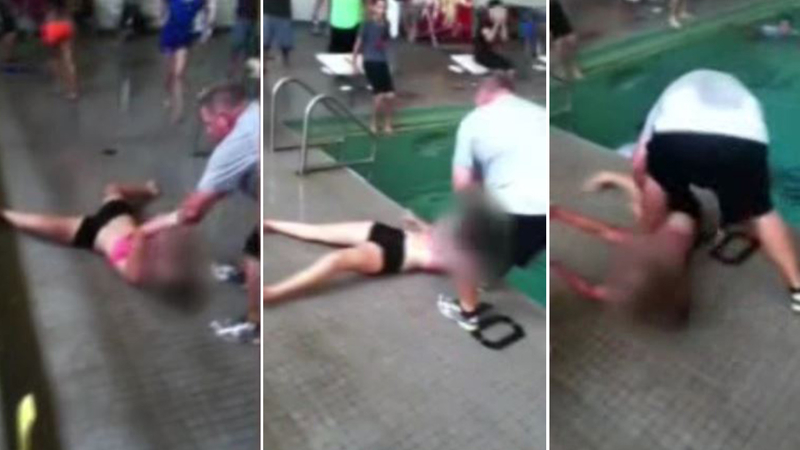 STOCKTON, CA (KTRK) -- A California high school teacher is facing a misdemeanor injury to a child charge after students filmed him dragging a 14-year-old girl into a swimming pool during class, ABC affiliate KXTV reports.

In the 95-second long video, the teenage girl kicks the air and screams that her swimsuit top is falling off as Danny Paterson forces her into the water. The teen had refused to get into the pool because she had special plans that night and didn't want to ruin her hair.

The physical education teacher wouldn't take no for answer.

The girl's family is being represented by Stockton attorney Gilbert Somera. She says Peterson should have punished the girl academically instead of resorting to physical force.

"This isn't a situation where she's attacking a teacher and he's defending himself. When a woman or a 14-year-old girl says no, it means no," Somera said.