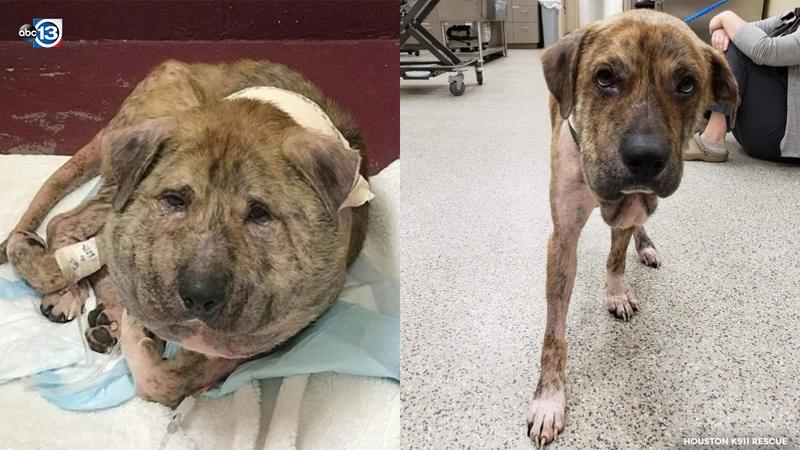 COLLEGE STATION, Texas (KTRK) -- In an encouraging sign, Gus the dog, who was found severely abused in the Sunnyside area, appears to look better than when he was rescued.

The Facebook page dedicated to his recovery, Gus' Journey, presented an updated photo of the canine.

In the caption accompanying the post Monday, Gus is said to be brought to work with his foster parent, an animal hospital worker, every day. According to the post, the canine's next official follow-up will be at the beginning of next week, when vets will check his neck area, lab works, fractures, and skin infections. At that point, doctors will make the determination if more surgery is needed. He was expected to have at least one more.

When Gus was found, he had a rope embedded in his neck and it appeared someone shot him with a pellet gun. His neck was once swollen.

After surgery at Texas A&M's College of Veterinary Medicine, though, the canine's neck area seems to be back to normal, save for excess skin from the swelling.

He was described as being like a brand new dog.