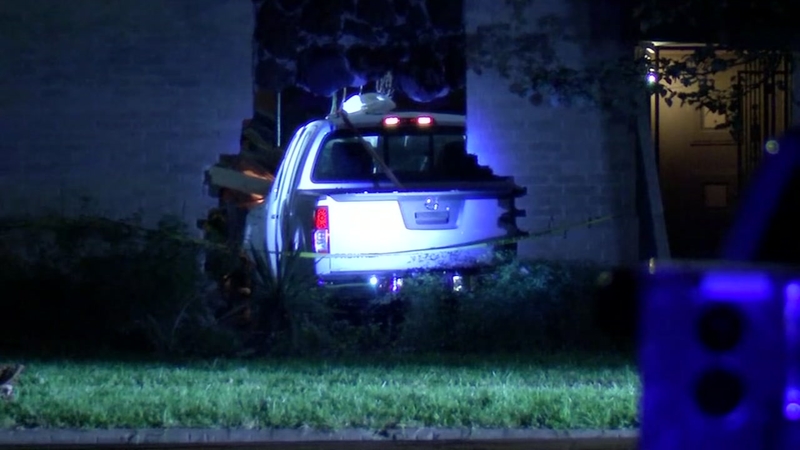 HOUSTON, Texas (KTRK) -- A man who was shot and then plowed into a house in southwest Houston may have simply been at the wrong place at the wrong time.

The tragic ending around 11:42 Wednesday night in the 7400 block of Darnell Street actually started a few minutes earlier in the 8500 block of Reims.

Everything was caught on nearby surveillance video obtained by exclusively by Eyewitness News. In the video, you can see a gold or grey truck drive south along Reims. As it crosses the house on 8503 Reims, someone on the passenger side fires four shots into the air. You can see the flashes of gunfire on video.

A minute later, around 11:41 p.m., a white truck is seen driving north on Reims. As it crosses the same house, the driver is shot and then plows into the nearby home on Darnell. The driver died.

A few moments following the shooting, several people are seen on video leaving the Reims home. They have not been back.

Houston police detectives spent the afternoon combing through the house on Reims and collecting evidence. There is nobody under arrest, and it's too early in the investigation for specific details. However, investigators say it's possible that at the end of their work, it may turn out that the man in the white truck was simply driving by at the wrong moment.