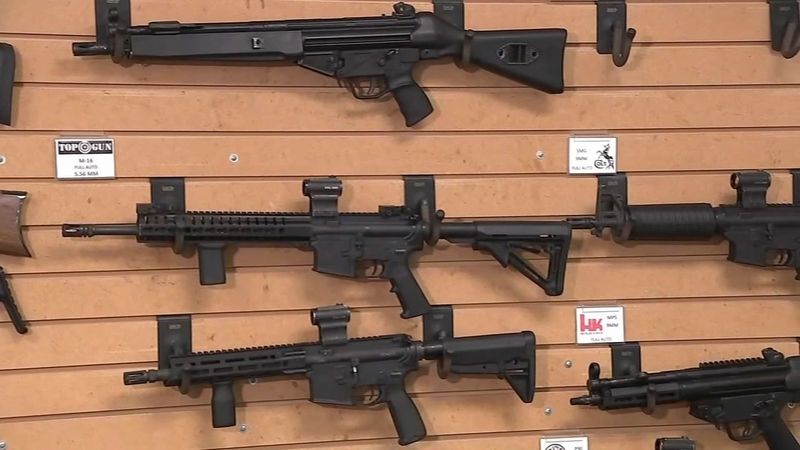 When the smoke cleared, seven people were dead and the West Texas towns became ground zero for the latest mass shooting.

"We're going to call on our colleagues on the other side of the aisle to work with us on substantive reforms," Rep. Jon Rosenthal said.

They also hope to get five broad policies implemented, which include closing background check loopholes and reporting stolen guns to law enforcement.

Some believe we need more than that.

"A person that purchases an assault weapon, why shouldn't they do a mental evaluation on them every couple of years?" said Keith Sheffield, who supports gun control measures. "See where their state of mind is. Seems like it should makes sense. Might save one life. Might save 100 lives."

At Top Gun, you can train, shoot and purchase weapons the right way. As for regulations, they argue the gun industry has enough already.

"I think when you start restricting stuff, you're punishing law abiding citizens, instead of punishing criminals," Kyle Harrison said.

Gov. Abbott's spokesperson John Wittman fired back at House Democrats in a statement:

"Governor Abbott made clear in Odessa that all strategies are on the table that will lead to laws that make Texans safer. But that doesn't include a helter skelter approach that hastily calls for perfunctory votes that divide legislators along party lines. Instead, the Governor seeks consensus rather than division. The Democrats who are part of today's partisan pitch can be part of the bi-partisan legislative process announced yesterday that is geared toward achieving real solutions, or they can be part of politics as usual that will accomplish nothing. Legislating on tough issues is hard and takes time. If Democrats really want to change the law, they need to stop talking to cameras and start talking to colleagues in the Capitol to reach consensus."