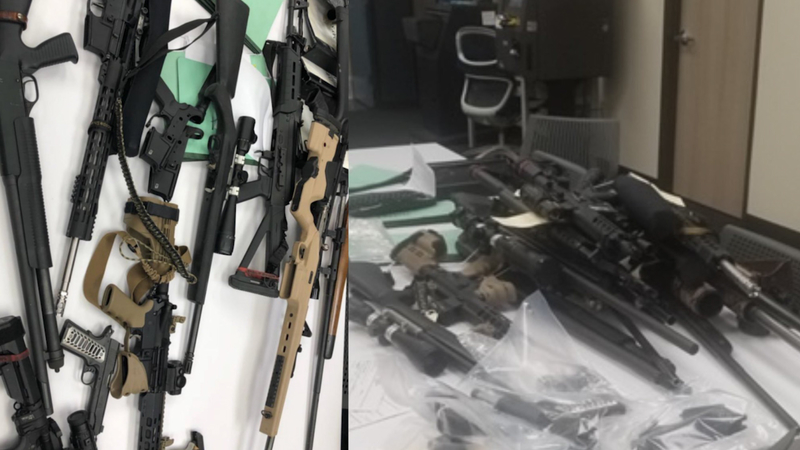 HOUSTON, Texas (KTRK) -- Deputies are searching for a suspect after they found a large stash of guns at a home in northwest Harris County.

Major Mike Lee with the Harris County Sheriff's Office posted a picture of the guns on Twitter.

Last night numerous 911 calls were received from citizens in the Langham Creek area reporting gunfire outside of a residence. Deputies located the home and found that the suspect had fled. @HCSOTexas seized 19 firearms and 1/2 pound of marijuana from the home. #HCSOProtecting pic.twitter.com/FC7aRbieYW

When deputies arrived, they found 19 firearms and a half pound of marijuana at the home.