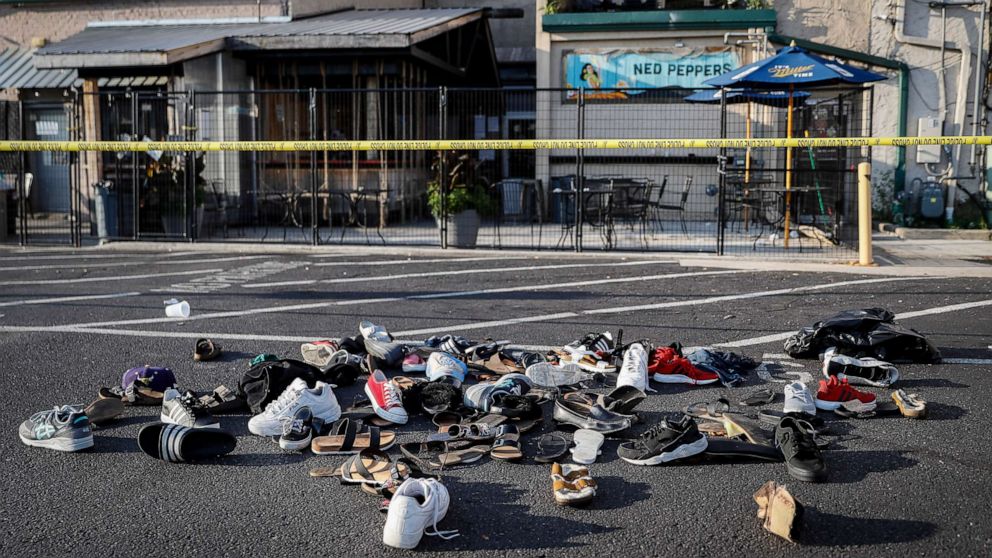 The suspect who carried out a mass shooting in Dayton, Ohio, on an early August morning in 2019 had an "enduring fascination with mass violence," the FBI's Behavioral Analysis Unit concluded in a report released Monday.

Just after 1 a.m. on Aug. 4, 2019, Connor Betts killed nine people and wounded 27 when he opened fire in downtown Dayton.

It was the second mass shooting that weekend, after 23 people were killed at a Walmart in El Paso, Texas, the day before.

After a mass shooting or incident, it is typical for the FBI to use its Behavioral Analysis Unit to try and determine a motive or find other factors at play when an attacker carries out an incident.

The FBI concluded in its report that Betts "likely violated federal law" by lying to federal investigators about his drug use when he purchased the gun used in the attack.

"The FBI's BAU assessed the attacker's enduring fascination with mass violence and his inability to cope with a convergence of personal factors, to include a decade-long struggle with multiple mental health stressors and the successive loss of significant stabilizing anchors experienced prior to August 4, 2019, likely were the primary contributors to the timing and finality of his decision to commit a mass shooting in Dayton, Ohio," the report stated.

There were no specific warnings that Betts would one day commit a crime, the FBI said, despite having "suicidal and violent fantasies" for over a decade.

"This underscores the importance of bystanders' attentiveness to more subtle changes an individual may exhibit that could be indicative of their decision to commit violence, such as a change in personal circumstances, an increase in perceived stressors, or language indicating they may be contemplating suicide," the FBI said.

One reason that family and friends did not alert authorities about Betts was potentially because of "bystander fatigue," according to the report. Bystander fatigue occurs when people around the suspect don't pay attention or take any action "due to their prolonged exposure to the person's erratic or otherwise troubling behavior over time," according to the Behavioral Analysis Unit.

The special agent in charge of the FBI's Cincinnati field office said there were some technical issues with the investigation that made it harder to get to the bottom of what happened.

"Finding answers for the victims and their families has been a driving motivator each day," FBI Cincinnati Special Agent in Charge J. William Rivers said in a statement.

"From the start, this has been a thorough and deliberate investigation. Due to technical challenges accessing lawfully acquired evidence that was encrypted, this investigation has taken significantly longer than expected," he said. "However, we are confident that it has uncovered the key facts and that we have done everything in our ability to provide answers to all those impacted by this horrible attack."
Report a correction or typo
Related topics:
abc newsnational
Copyright © 2022 ABC News Internet Ventures.
TOP STORIES
Police pull evidence from Fifth Ward home day after hourslong standoff
US-59 outbound at W. Bellfort shut down after car slams into big rig
Woman shot in the shoulder during robbery set up in SW Houston
Officers escort body of corporal killed in ambush to funeral home
Clouds clearing today, sunny through the weekend with rain next week
Suspect who shot 3 officers now in custody after standoff, HPD says
ABC13 obtains HPD scanner traffic of chase that led to shootout
Show More
Remembering the crew of the Space Shuttle Challenger
10 injured when bridge collapses in PA; human chain formed to help
Bayou Bistro and Bar owner killed in Texas City shooting
Holocaust survivor, great-grandson educate next generation on TikTok
Bidens welcome cat named Willow to White House
More TOP STORIES News