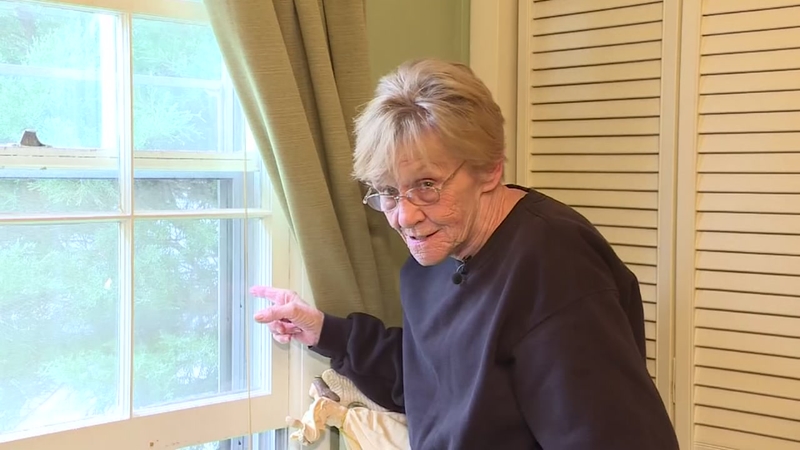 PUTNAM COUNTY, West Virginia (KTRK) -- A gun-toting grandmother is warning her neighbors to be careful after an intruder tried to get into her home on Christmas Eve morning.

Bonnie Gatens says she heard someone trying to pry open her window. She called 911 and grabbed her gun.

She says she went over to the window quietly and shouted, "Get ready to die!" The person jumped out of the way and fell over.

She doesn't know what happened to the person after that, even searching for him with deputies in her neighborhood.

"It was cocked. I was gonna shoot him right at the foot of my bed. I mean give me a break," Gatens said.

She says she's concerned about the would-be intruder's bold attempt because it's obvious the house wasn't empty.

Despite the scare, Gatens managed to keep her sense of humor.

"Maybe they broke in to get one of my cookie jars, reckon? To see if I had cookies in all of them," she joked.