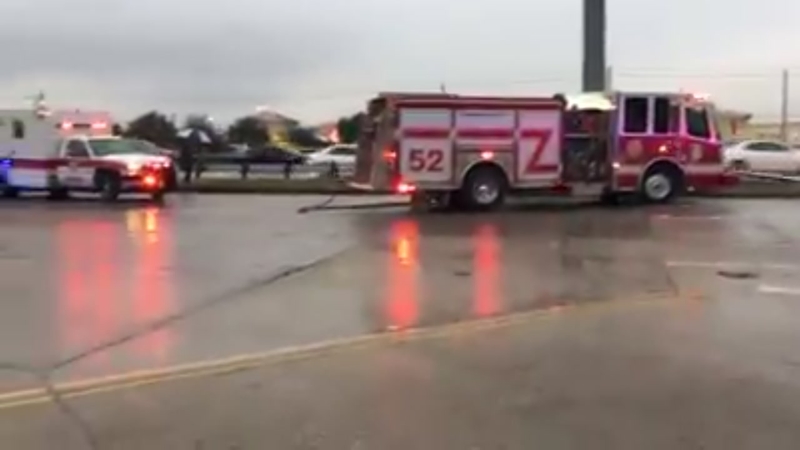 HOUSTON (KTRK) -- We're sad to report that a driver has been killed in a wreck on the Gulf Freeway this morning.

The wreck happened just south of the College/Airport exit on the inbound lanes of I-45, just before Edgebrook.

An eyewitness told Eyewitness News they saw a white van going toward the median from the feeder road. Moments later, the van smashed into a pole, killing the driver on impact, according to investigators.

There was work equipment inside the van, and it appears the man could have been a day laborer or construction worker.

His identity is not yet known, so we aren't certain of his age or race.

Traffic is backed up as vehicles are slowing to look at the accident scene, but all lanes remain open on the Gulf Freeway mainlanes.