Break-in suspect crashes into pole on I-45 after being shot by ex-girlfriend's current boyfriend, police say 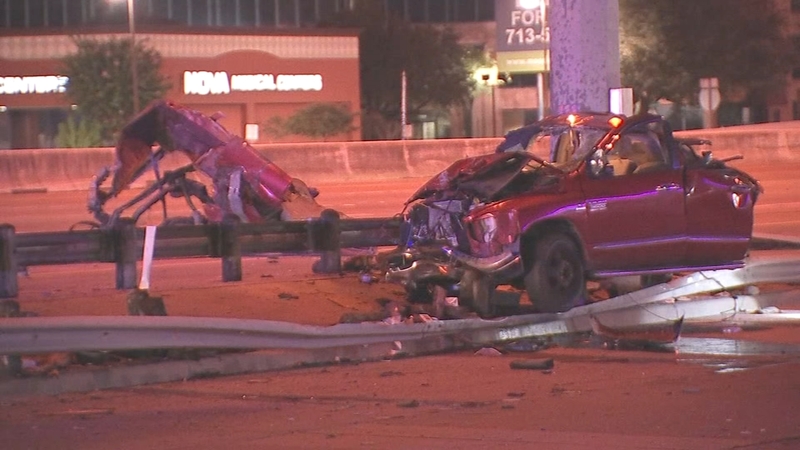 Break-in suspect crashes after being shot by ex's boyfriend

HOUSTON, Texas (KTRK) -- A break-in suspect is alive after being shot and crashing into a concrete pole that split his truck apart in southeast Houston.

Around 11 p.m. Tuesday, Houston fire officials say the man crashed into a TxDOT sign on I-45 southbound near Fuqua.

Witnesses ran up to help the man, only to realize he had been shot.

Houston police say two weapons were found outside the truck.

Before the incident, the shooting victim allegedly broke into his ex-girlfriend's apartment on Clearwood, about six miles from where he crashed on the freeway, according to police.

That's when police say he drove off and crashed near Fuqua. It's unclear where he was headed.