Grinch accused of trying to sell stolen decorations to deputies 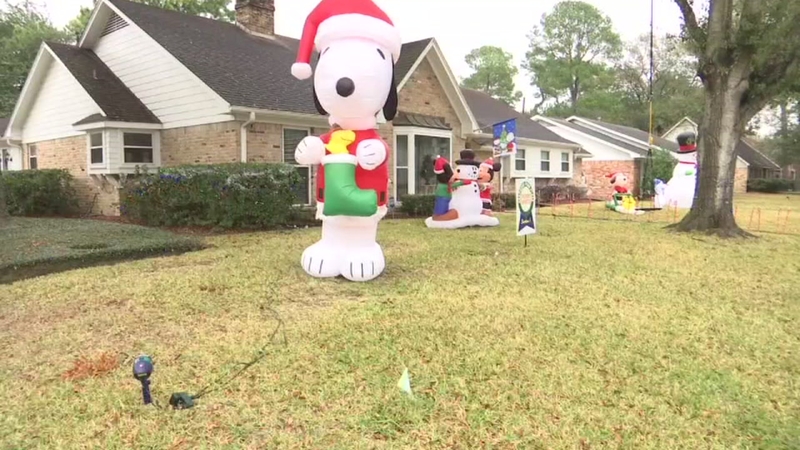 A real-life grinch tried to dampen the holidays for an entire neighborhood after yard decorations were stolen.

HOUSTON, Texas (KTRK) -- Authorities caught a neighborhood Grinch thanks to an online app.

Miguel Ornelas, 34, was arrested and charged with theft after attempting to sell stolen decorations to deputies.

It's a problem that hit Shepard Park Plaza in north Houston, a place where neighbors take their holidays seriously.

"The neighborhood really gets into the holiday spirit," Andrea Catalano said.

Catalano says she spent the past few weeks getting her inflatables, lights, and other decorations ready.

They're so good, she even won a neighborhood award.

"I was totally excited," Catalano said. "Surprised and excited."

Now she is shocked because she's missing a number of decorations.

"I had to do a triple take because I was like, wait a minute," Catalano recalled. "Did we put them away for some reason?"

Last week, her Santa's village, and Snoopy inflatables were stolen.

"It's like there's a Grinch going around," Catalano said.

According to Harris County Constable Precinct 1, deputies arranged to meet Ornelas through the OfferUp app and found him in possession of multiple inflatable Christmas decorations, some belonging to a neighbor who reported the items stolen Friday from the 1000 block of Cheshire Lane.

Deputies found five other inflatables in his possession.

One neighbor said he put a mark on his decorations so if they were stolen and found he would be able to identify them.