Community members demand termination of teacher who made anti-military comments 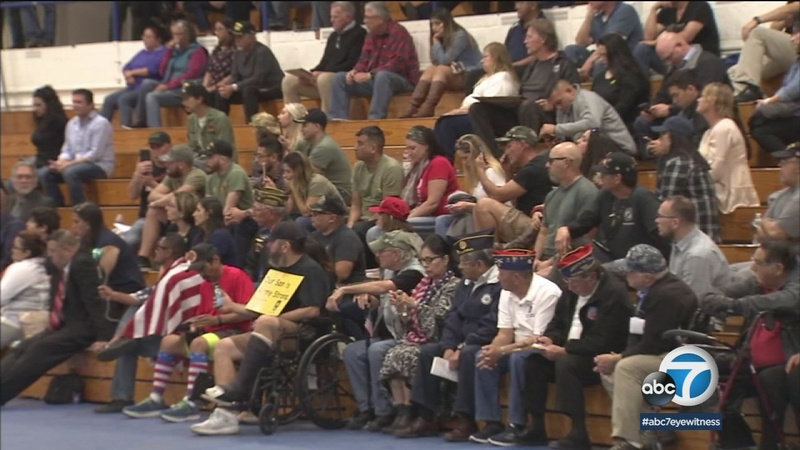 PICO RIVERA, California -- Parents, veterans and community members voiced their outrage to a California school board Tuesday over an anti-military rant made by a teacher and city councilman.

The number of people attending was so large, the meeting was moved to a larger location to accommodate the public. While the school board said it would not take action against the teacher, Gregory Salcido, during the meeting, it was going to take in all public comments.

Salcido was caught on camera making disparaging comments about members of the military in a video a student secretly recorded during his history class. The student, senior Victor Quinonez, said he was berated for wearing a Marine's sweatshirt in class.

He also said it wasn't the first time he had been targeted by Salcido because of his desire to join the military.

"Salcido should be fired and to have his credentials taken away because I don't believe students should be hurt anymore, or be scared to go inside his classroom," he said.

Since that video surfaced, it went viral and prompted a heated backlash from community members, veterans and service members. Dozens of people turned out to the Tuesday night meeting to demand Salcido's termination at El Rancho High School.

"The bullying has to stop. What Greg Salcido has done amounts to bullying," Cynthia Perry Lopez said.

The student's family consists of current and former military members, who said the school should take immediate action against Salcido.

This isn't the first time Salcido has been in trouble for questionable behavior in the classroom, but most who turned out to the meeting said it needs to be his last.

Salcido remains on paid administrative leave as the school board's investigation into the incident continues.