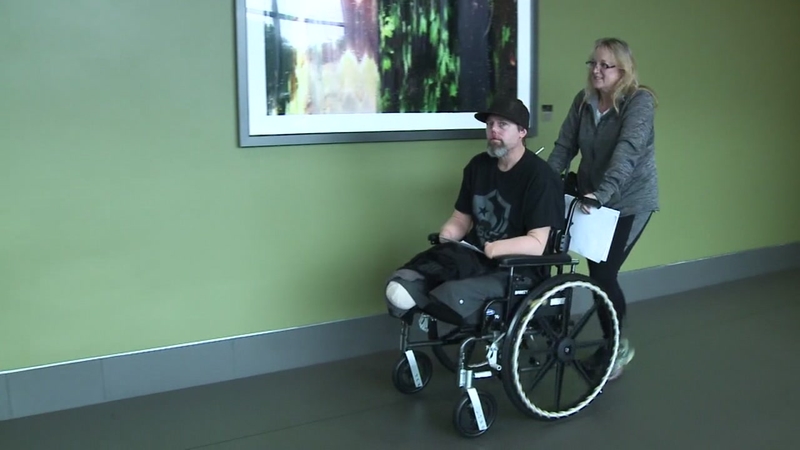 Man speaks for first time since amputation due to dog's saliva

A Wisconsin man who had all four of his limbs amputated because of a kiss from his dog says his outlook on life hasn't changed.

Greg Manteufel was released from a hospital. Three months ago, parts of his arms and legs were taken.

He almost died from an extremely rare infection caused by bacteria found in dog saliva.

He described having to cope with the unthinkable news of what happened.

"It was just unbelievable when they told me what happened. I couldn't believe it," Manteufel said. "I've been around dogs my whole life and never thought something like this could happen."

Despite his situation, though, he says he's lucky to be alive.

Manteufel now returns home with a future of physical therapy ahead. He will eventually be fitted for prosthetics and faces more reconstructive surgery over the coming months.